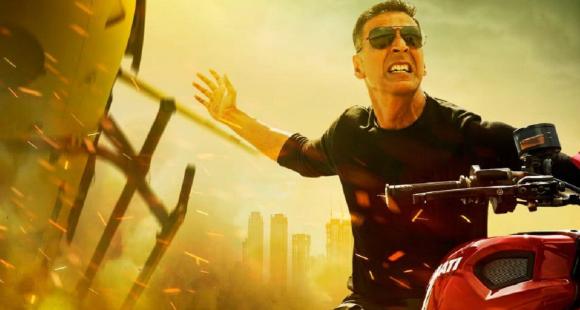 On Saturday evening, the I&B Ministry in its circular permitted the cinema halls across India to operating with 100% capacity, easing the earlier restriction of 50% capacity cap. The move has been celebrated the trade, audience and the producers of the Hindi film industry, as that has finally opened the ground for the release of event films. Rohit Shettty’s much awaited cop drama, Sooryavanshi front by Akshay Kumar with Ajay Devgn and Ranveer Singh in extended cameo as Singham and Simmba, is expected to be the first major Hindi film release, and there is a strong buzz in the trade about the film’s release on either the Holi or the Good Friday weekend.

Pinkvilla has exclusively learnt that since the last few days, Rohit Shetty and Reliance Entertainment have gotten into conversations with the multiplex and single screen association of India to negotiate on the terms and condition of a theatrical release. “Rohit has always been a firm believer of big screen entertainment, which is the reason why he held back on the theatrical release of Sooryavanshi over a year, despite having multiple offers from OTT platforms. Even today, he is standing with a mega offer from not one but two OTT platforms, but he wants to stand by the commitment of bringing the cop universe saga in cinema halls, but expects better terms from the exhibition sector in return,” a trade source shared, adding further that, both Rohit and his studio partner, Reliance Entertainment are negotiating the terms and conditions of Sooryavanshi’s theatrical release.

“Sooryavanshi has faced some sort of loss due to the delay in release, and of course, they would now expect support from cinema owners all across the country by offering better terms of release – in terms of the theatrical share, OTT window, VPF and several other technical terms of bringing a film in cinema halls. A release date announcement is on the way very soon, once all the stakeholders are on the same page. The trade is pumped up, as Sooryavanshi is one of those film that can revive the theatrical business,” the source added.

Meanwhile, Rohit Shetty has locked the edit of film and is also working to launch multiple other assets of the film including the second theatrical trailer in February. Even the South film, Master, had got into negotiation with cinema owners before announcing a release date and they did manage to get better terms of release. Same happened with Suraj Pe Mangal Bhari for Zee Studios. And with the Sooryavanshi team holding on for a year in support of exhibitors, it’s time for the other side of trade to support them now. And we are sure, the exhibitors will stand by Akshay Kumar, Rohit Shetty and Sooryavanshi team, since it is poised to be the brave one in being the first to arrive in between the pandemic.