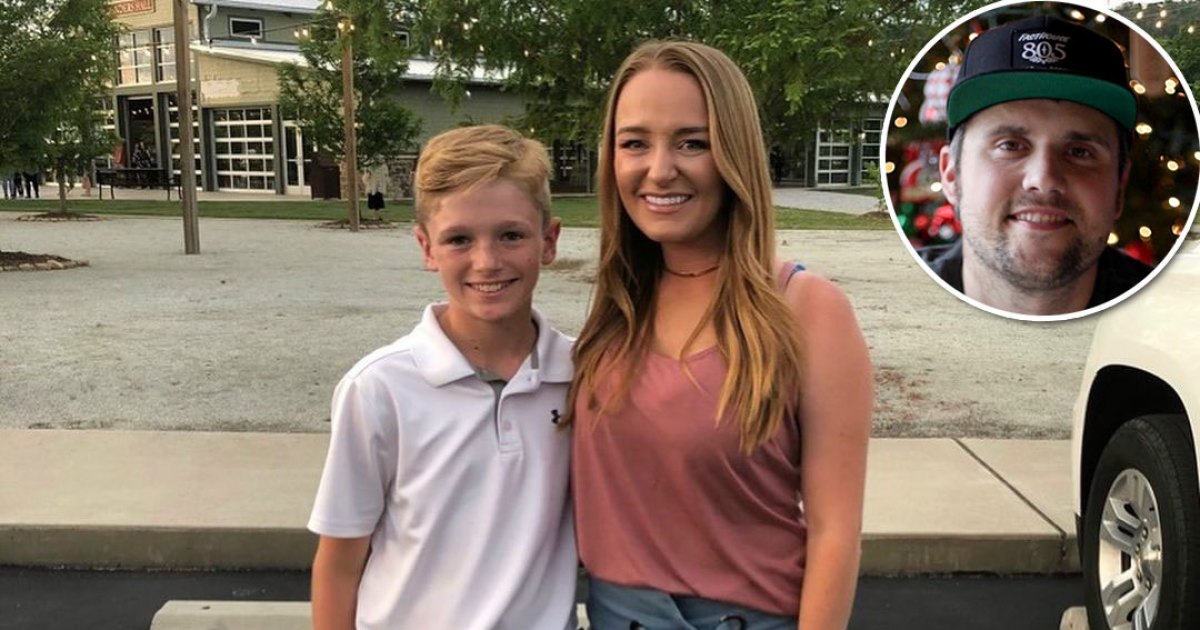 The Bulletproof author, 29, says it took a group effort to get the father-son duo to consider the idea of starting counseling sessions. “It came about because Bentley had shared concerns with me and [my husband] Taylor McKinney and was feeling really uncomfortable around Ryan and had mentioned, you know, that he didn’t really want to be around him or see him and stuff like that,” she explains to In Touch.

“I simply told him, you know, ‘I hear what you’re saying and I’m sorry, as your mother, I can’t allow you to make that decision right now,’ like, you’re just never gonna see him or speak to him again for the rest of your life,” Maci adds.

The MTV personality highlights that she understands where Bentley is coming from, but she wouldn’t feel right letting him make such a monumental decision at a young age. Nevertheless, Maci offered him some other suggestions on how they could improve the situation between Bentley and his father.

“What we can do is figure out like, you brainstorm, and me and Taylor will discuss it, and then we’ll talk about it again. And we’ll come up with some guidelines that you’re comfortable with to give Ryan the chance and an option to build a relationship with you,” she tells In Touch. “And obviously, like at some point, that Bentley was comfortable with. Bentley started therapy with the ultimate goal that [he] and Ryan would go to therapy together, just the two of them to have their own safe space, you know, to talk and build the relationship or do whatever they wanted to or needed to do. And that’s what I really wanted to do.”

Viewers watched the now-exes struggle to see eye to eye on 16 & Pregnant after welcoming their son, Bentley, on October 27, 2008. Maci is now happily married to Taylor, 31, and they share two children, Jayde, 5, and Maverick, 4.

Maci previously defended Bentley against comments made by Ryan’s father, Larry Edwards, in an exclusive statement to In Touch. The drama started after Larry insinuated that Maci and Taylor “convinced” Bentley to stop visiting with Ryan’s side of the family in a recent episode.

“I mean, obviously everyone is entitled to feel how they want to feel or [to] have their own opinion,” she explained. “I have raised Bentley to be an individual, to be himself and it’s OK to feel however he feels. Honestly, I have not raised him to give anybody the ability or the power to influence him, not even me.”