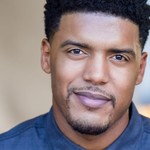 Riddick-Tynes and Freeman will grow Arista’s presence and roster within the urban/hip-hop/R&B space through talent discovery and acquisition. They will be directly involved in A&R across the label with a specific focus on developing all aspects of urban music at Arista.

“As Arista’s first Co-Heads of Urban Music, Khris and Kendell will help build our label’s presence in the Urban, Hip-Hop and R&B music genres,” said David Massey, president and CEO. “They have both worked with some of the biggest artists and producers in our industry and have incredible ears for discovering and developing authentic music.”

Prior to joining Position Music, Scavo founded Daemon — an artist services, marketing and social media agency — where he worked with both independent and signed artists to craft strategic marketing and social campaigns for releases, tours, videos and other activities. In this new position, Scavo will be guiding the Position Music strategy for its recorded music division as well as serving as overall head of marketing for the company.

“J represents our commitment to building out the recorded music side of the company. In recruiting for the role, we knew we needed a unique blend of experience: major-label artist development, indie-label scrappiness, entrepreneurial drive, and a proven team-builder” said Tyler Bacon, president and CEO of Position.

A decade-long veteran in the music licensing and synch industry, Chapman joined BMG in 2019 as senior director of creative sync. Throughout her career she has worked with award-winning and multi-platinum artists including Bebe Rexha, John Legend, Adele and many more.

Chapman’s responsibilities will include song pitching across BMG’s publishing and recorded repertoire for opportunities in film and television, and working in partnership with the company’s A&R team developing original songs for high profile film franchises.

Levine joins the Academy of Country Music from a career leading and growing some of the most resonant media brands. In his role, Levine will responsible for building and executing dynamic, competitive, and ambitious strategies for the organization’s digital portfolio.

Montgomery previously worked at Opry Entertainment Group as manager for the artist and label relations team, serving as a liaison between artists’ teams and the various properties across the OEG portfolio (Grand Ole Opry, Circle, Ole Red, Ryman). In her new role, she will be responsible for supporting all initiatives and development of the Academy’s membership, as well as spearheading the awards and voting processes.

Sassano previously spent 14 years at Warner Music Group as director of operations and administration. In his new role, he will provide administrative support to the CEO, Board of Directors and Executive Team.

“The Academy is thrilled to welcome Rory, Haley and David to the team,” said Damon Whiteside, CEO of the Academy of Country Music. “Each of these professionals brings with them valuable expertise and knowledge of the Country Music industry that we know will provide a fresh perspective to the ACM team, helping to propel us forward in our future endeavors!”

Sentric Music Group appointed long-time publishing and recording executive Bridget O’Gara Bloom as head of sync of North America, as well as promoting Patrick Cloherty to head of sync of Europe. O’Gara Bloom will report to Sentric Founder and CEO Chris Meehan, and will work closely alongside Cloherty.

Based in Los Angeles, O’Gara Bloom will spearhead Sentric’s expanding sync presence in the publishing market within the US and neighboring territories. Her expertise and 20-year sync career will see her bolster Sentric’s sync offering to existing and future clients. The hire comes at a time of international expansion for Sentric.

Cloherty takes on a senior role to drive the group’s sync proposition across European markets. He will oversee strategic and operational management of the department to further expand sync business activity across multiple sectors and territories.

“I couldn’t be happier to welcome Bridget into the company. Her far reaching experience and network in the US sync market makes her the perfect addition to the division at a time of global expansion,” said Meehan. “Meanwhile, Patrick’s faultless depth of knowledge of our client base, catalogues and proposition makes this the ideal next step for him. After a landmark year for the Sync team at Sentric, it was only right that he has stepped up to take over the European strategy and full team operations. I look forward to seeing the exciting opportunities the two bring in their new roles.”

Middleton joins Page 1 from Sony Music Publishing, where her unique approach to A&R — a mix of technical knowledge, artist relations and diverse tastes — was instrumental in bringing top writers to the music publisher.

“I’ve known Danielle for years now, and her passion, knowledge, drive and artist understanding is unparalleled,” said Page. “Danielle will be pivotal in helping us shape the future of the company in the U.S. I look forward to announcing more additions to the team over the coming months with Danielle, and the exciting plans for Page 1 & Dryden Street Group over the next few years.”

Score a Score (SAS) announced Jamey Sussman as director of partnerships and strategy.

Sussman brings to SAS her years of experience as a music supervisor and business executive in the world of film and television marketing. Her focus will be to spearhead and further develop SAS’s trailer and promo division.

“The trailer market has been a cornerstone of our business for years, yet we feel there’s still so much un- tapped potential. Jamey’s expertise and talents in this space will help bring us to new heights, and we couldn’t be more happy to have her join the SAS family,” said Jordan Passman, CEO of SAS.

Hallwood Media announced Chukwudi Obi has joined the company as manager. Obi will work out of the company’s Los Angeles office and handle some of hip-hop’s most exciting new talent.

“Obi has a bright energy, a way about him that’s contagious,” said Neil Jacobson, Hallwood Media founder and CEO. “The business he’s building is going to be a big win for Hallwood and for his clients as he continues to grow. We couldn’t be happier to have him aboard.”

Hard 8//Working Group announced manager Aimee Beren and her client awfultune will be joining the Nashville division of the management company.

Beren began her music career in radio and has since worked in several different areas of the business including management at Three Six Zero, Seven 20 and most recently Prodigy Artists where she was vp of Operations.

“I’m so happy to welcome Aimee to the Hard 8//Working Group family. Aimee comes so highly regarded and recommended by people inside and outside of the company. I’m proud she chose our company to be the home base for herself and her wonderful client awfultune,” said co-founder and CEO Dirk Hemsath.

Range Media Partners announced Tyler Henry as the latest managing partner in its rapidly expanding music division. Henry will be joined by C.J. Cook as manager and artist relations and Phoebe Wang as manager.

“I have been an independent manager since starting my career in the music industry back in 2014. I hold the responsibility of being a manager so close to my heart, and had yet to find a company I could join that held the same moral and philosophical beliefs I have with my work, until I sat with Matt and the team at Range,” said Henry. “This company is a dream come true for managers and talent. The services offered across every department are unparalleled to what exists in the landscape. I truly believe in this team to reinvent the definition of a manager and the scope of work that can be done under that partnership. We are building the world’s best talent representation company.”