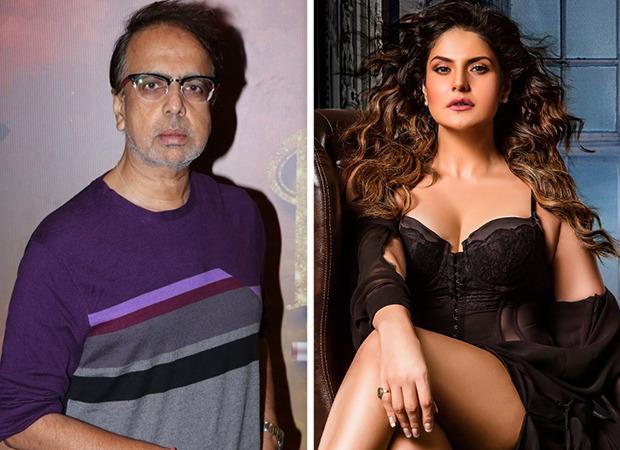 If you feel Ananath Narayan Mahadevan is currently enjoying the success of his performance in the highly acclaimed web series, Scam 1992, you’re highly mistaken. The actor, who has also been dabbling into direction since a long time, is hurt and in despair. That’s because he still hasn’t been fully paid for Aksar 2. This erotic thriller released on November 17, 2017 and starred Zareen Khan, Gautam Rode and Abhinav Shukla. Fed up with asking producer Shyam Bajaj for the balance remuneration, the veteran artist yesterday put up a Facebook post. He uploaded the poster of Aksar 2 and the caption was ‘CELEBRATING THREE YEARS….OF HUMILIATION by the producers’. Not just that, he played with the tagline of the film, ‘How often do you see the trap?’ by mentioning on the poster, ‘How often do you not get paid??’ 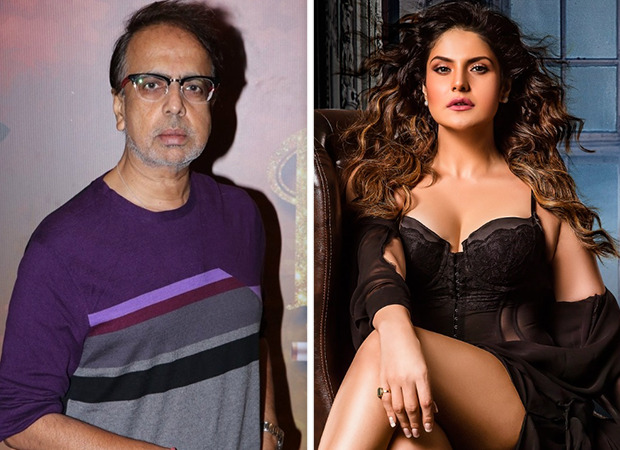 When contacted by Bollywood Hungama, Ananath Narayan Mahadevan minced no words while narrating his ordeal. He said, “I was supposed to be paid Rs. 35 lakhs. I have been paid Rs. 20 lakhs till date. They kept promising for 3 years that they’ll pay up the balance amount. Every time I contacted Mr Shyam Bajaj, he kept saying that he’ll pay. And then he tried to avoid it. I ended up as a nervous wreck. It was very humiliating. If somebody would have told me to direct a film for free, I would have graciously done it. But they kept fooling me. They claimed that ‘let’s finish the Mauritius schedule. Otherwise the film will get stuck’ and ‘let me release the film first and then I’ll pay’. Also, the film is your baby too. You don’t want it to get affected in any way. And of course, I did trust. In fact, he didn’t even sign a contract with me. He managed to bypass all that very cleverly. Now I realize that it was all very well planned so that they don’t have to pay me my remuneration. Very sad state of affairs!”

This is not the first time that Ananath Narayan Mahadevan has worked with the Bajajs. Earlier, he had directed for them films like, Aksar (2006) and Aggar (2007). Ananth says he was paid well without delay during the making of those films which is why he didn’t imagine in his wildest dreams that they wouldn’t pay him during Aksar 2. He stated, “I have worked with them earlier, with Aksar and even in Aggar. That’s the reason I trusted them. I was paid properly then and on time. So I thought they’ll not cheat me. And I had agreed to work for such a paltry sum that it’s even shameful to tell the public.” He added, “Every time, they used to give me a small amount through a cheque.”

So what does he plan to do now so that justice is served? Ananth Narayan Mahadevan says, “I have nothing to do. I approached a lawyer but he said that since I don’t have a contract, we can’t do anything about it. The lawyer went and spoke to them. They then continued with their excuses like ‘we’ll let you know, ‘we’ll talk after Diwali’, ‘we are sick’ etc. They have got a hundred excuses to give me. So finally, I decided to go public. I realized that if they humiliate me like this, I’ll humiliate them too. I know I am not going to get the money. So I’ll at least hit back and wound them before I die.”

Aksar 2 was panned badly by critics and viewers alike, unlike the first part which boasted of a great suspense, hit music and fair performances by Emraan Hashmi, Dino Morea and Udita Goswami. On this, Anant revealed, “For the producers, sex was the only important factor. If Aksar 2 did not have the sex element at all, it would have been a very slick and intelligent

thriller. But all the focus was on the wrong things. Even while making the film, I had to accept this aspect and direct. If they had released the film properly and it had become a big hit, then somewhere it would have lessened the pain. I could have consoled myself by saying, ‘chalo, koi baat nahi. The film is a hit. I’ll manage to get some mileage out of it’. But shockingly, they didn’t even distribute it properly. They ensured that the film folded up in one week. It was a totally disgusting experience”.

He continued, “Aksar 2 had a better story. It had good actors like Gautam Rode. I wonder what their intention was. They didn’t want to run the film well, they didn’t sell it to any platform. I wonder what they were upto. Is this some way of showing losses so that they can claim some money? They were upto some game which I am not able to decipher.” 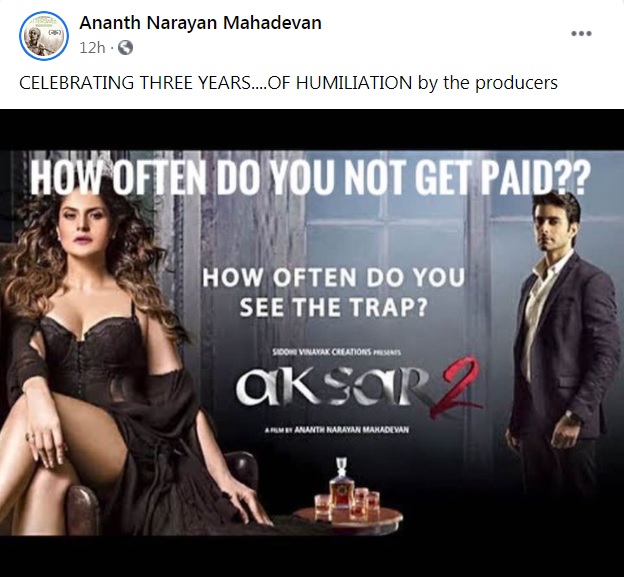 When asked whether the rest of the cast and crew members have been duly paid, Ananth Narayan Mahadevan informed, “All the actors were paid. The makers had to; otherwise they won’t dub or promote the film. But the director is always left high and dry,” and then added, “Everybody has been paid except me, the DOP and the assistants.”

So has the cinematographer Maneesh Bhatt decided to take any action? Ananth said, “The DOP also tried to get his money but after a point, even he gave up. They told me and him that they’ll pay us once they start their next project. But this was not the condition that was laid before us when we started Aksar 2.”

What adds to the humiliation for Ananth Narayan Mahadevan is that he went to great lengths for the makers while directing Aksar 2. He confessed, “Aksar 2 was made below their budget. They had a budget of Rs. 4 crore but I made it at Rs. 3 crore. You have no idea how much I have gone through during this film. They even admit it that I am the only one who can make a film within a budget, within a stipulated time and ensure profit for the makers. And yet, they are playing this game. I don’t understand what’s driving them to act in such a manner.”

He further said, “These Rs. 20 lakhs which I have received were given to me over a period of two years. I had asked for Rs. 50 lakhs since I have done films for Rs. 60 lakhs in the past. But they convinced me by saying, ‘Aap paintees lakh (35 lakh) mein kar do hamare liye’. They assured me that the film will be done within a period of 4 to 6 months and that I’ll be paid by then. So, I agreed. They stretched the film to 2 years. Imagine, Rs. 20 lakhs in 2 years! A per-day-artiste would have got more than what I got paid in the film!”

For Ananth Narayan Mahadevan, the non-payment of due has given him a huge blow. He stated, “The only reason I do these mainstream films so that it’ll help make the kind of films I strongly desire. There I know I won’t get money and there’s hardly any budget. Aksar 2 came at a time when I badly needed the money. Despite them knowing about my condition, they did not have the heart to pay me my rightful due.”

Making independent cinema, however, was not the only reason. Ananth faced many difficulties and even then, the producers didn’t budge. He said, “I told them to just give me Rs. 1 lakh. I needed it desperately to give it to the contractor so that my brother’s house, destroyed in the floods in Kerala, can be rebuilt. My brother was literally roofless and I was begging them to give me the money. They have put me through such mental torture! If this was America, they could have been sued for millions of dollars.”

Further explaining his condition, Ananth Narayan Mahadevan said, “My mother is ailing and is bedridden. I have to pay 2 nurses a minimum Rs. 60,000 a month. I have told the producers everything – about my mother’s condition and my brother’s condition. But these people kept fooling me. Mr Shyam Bajaj, in fact, kept visiting me at studios where I was shooting. He would make assurances and leave. I can literally feel them laughing behind my back. I want to just ask him – why are you not paying an honest director his rightful due? The man who saved you a crore, why are you doing this to him? That’s all I need to know. I am very distressed.”

Ananth signed off by stating, “Let me see how they can reply now that I have named and shamed them in public. I feel they won’t have a reply.”