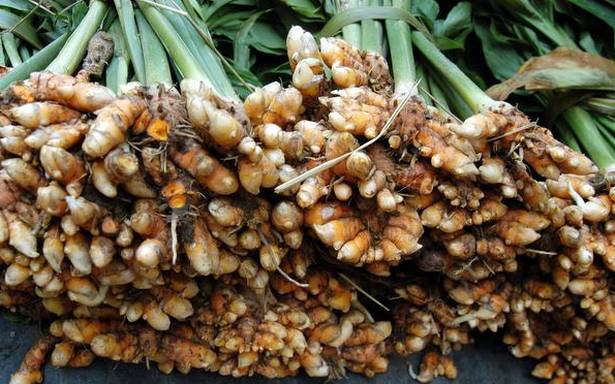 Buoyed by higher domestic and export demand coupled with fears on lower output has fuelled turmeric prices. Turmeric futures have jumped on NCDEX by over 10 per cent in past one month.

Analysts expect turmeric prices to stay firm on strong demand both locally and in the export market.

Speaking to Businessline, Ajay Kedia, Director at Kedia Commodity informed that the concerns on crop quality and sharp surge in the demand has fuelled a rally in the yellow spice.

Turmeric April Futures on NCDEX quoted at ₹6,550 on Friday after hitting a high of ₹6,620. The prices are about 9 per cent higher when compared with same period last year.

“Due to climatic adversities, turmeric growers are looking at lower yields and poor quality with some crop damage. Earlier it was expected that turmeric cultivation area would go up, but that also doesn’t seem to help and prices are firming up on the back of strong domestic and export demand,” said Kedia.

Turmeric consumption had surged during the whole of 2020 as an immunity booster against Covid-19. This also fuelled the domestic consumption. “We believe that ahead of the Ramzan month in April, demand will remain strong for turmeric. This will keep prices above ₹6,500 in the short term,” added Kedia.

Another analyst from Geojit Financial Services informed that the spot demand coupled with quality issues of higher moisture content has triggered prices for turmeric. “Turmeric prices may stay high above ₹6,200 a quintal,” stated the analyst.

However, other spice commodities including coriander and cumin seed (jeera) too saw firm trend in the futures trade. Jeera and coriander prices have gained by nearly 7 per cent and about 6.13 per cent in the past one month respectively.

“There is no carryover stock in coriander. The trade is almost hand-to-mouth and pipeline is empty. Also, the sowing area hasn’t increased in key growing regions of Gujarat which has triggered a rally in jeer and coriander both,” said Kedia.

NCDEX Jeera Futures for March expiry quoted at ₹13,400 a quintal, which is about 6.9 per cent up in last one month, but about 4.5 per cent lower than what was seen same period last year.

Similarly, NCDEX Coriander (Dhaniya) futures for April expiry quoted at ₹6,198 a quintal up, 6.13 per cent over past month, but about 4.8 per cent lower than same period last year.