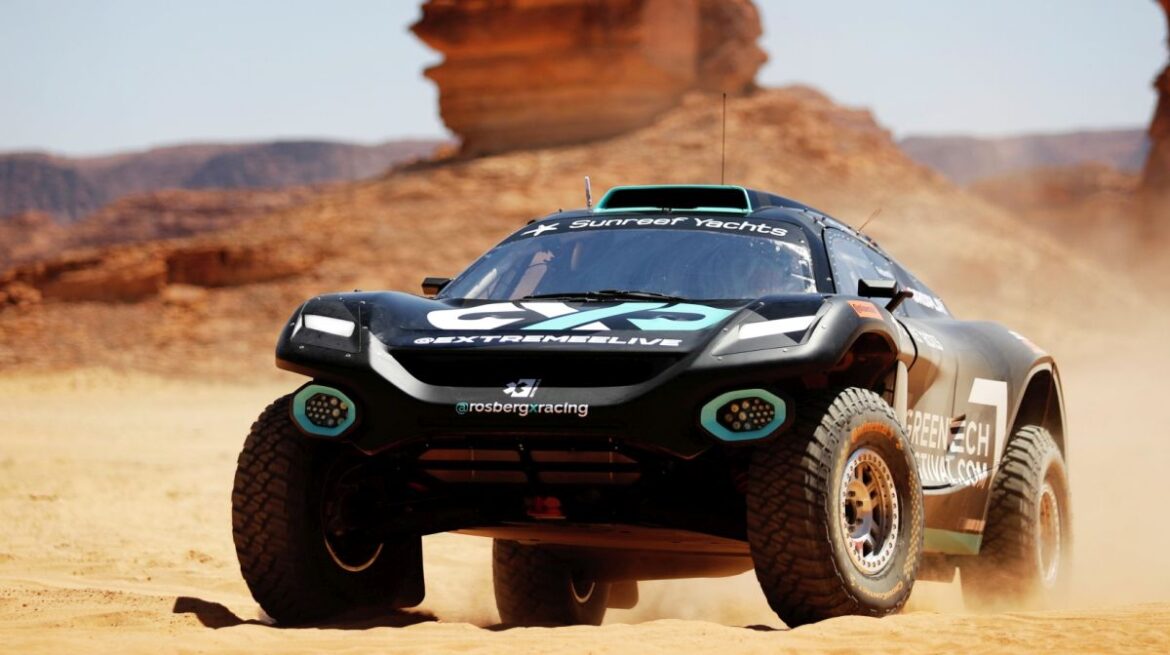 Extreme E — the off-road electric racing series started by Formula E founder Alejandro Agag — has kicked off its first race weekend in Saudi Arabia, with nine teams of paired men and women drivers competing in Odyssey 21 electric SUVs. Its first qualifying session just ended, with several exciting moments as drivers struggled to stay on the 18km course and set a time, causing the session to last more than three and a half hours.

As Motorsport.com notes, Johan Kristoffersson and Molly Taylor managed to place P1, completing a clean lap in both stints for the vehicle backed by former F1 champion Nico Rosberg. The X44 team entered by current F1 champion Lewis Hamilton placed second, with Cristine Gutierrez completing the second half quickly after World Rally champion Sebastian Loeb ran off the course early in his stint. The Abt Cupra and Veloce Racing both notched DNFs after crashing out with some scary rollovers, but the drivers were safe and both teams will continue on.

A second qualifying session has yet to start, and will begin at around 6 AM ET, as teams compete to go up or down the order based on the combined time of their first two rounds. The placements in qualifying — as well as GridPlay voting by fans — determine each team’s path to the eventual Desert X Prix Final on Sunday, where three teams will battle it out wheel-to-wheel to determine the race winner.

The teams will be listed 1st to 9th place based on the total combined time of each team’s two Qualifying runs.

The top three teams go into the Semi-Final, where the the top two finishers claim spots in the Desert X Prix Final.

The middle three teams (4th, 5th, 6th) go through to The Crazy Race – where only the top finisher progresses to Desert X Prix Final.

The bottom three teams (7th, 8th and 9th) head to the Shoot Out.

Extreme E is airing in the US on Fox Sports, as well as Sky Sports, BBC and BT Sport in the UK. IT’s also available for viewing on YouTube, Facebook, Twitter and Twitch as the series tries to support its claimed goal of bringing attention to environmental challenges. The final race program is set to start at 5 AM ET on Sunday morning.