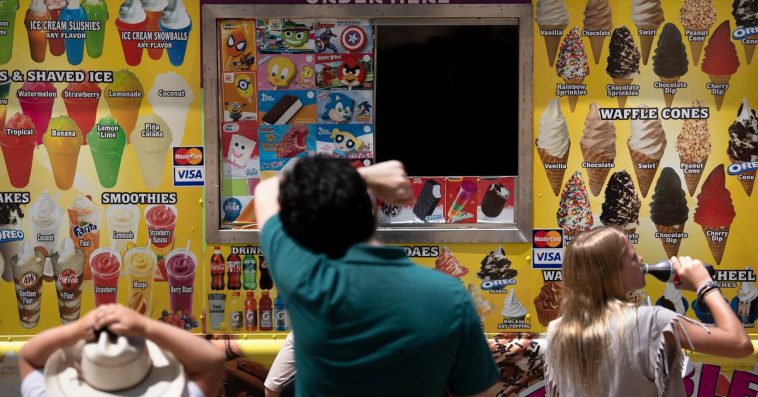 During a summer of deadly heatwaves, Democratic senators are pressing for a bigger federal response to the danger posed by extreme heat. Senators Ed Markey (D-MA), Alex Padilla (D-CA), and Cory Booker (D-NJ) reintroduced the Preventing Heat Illness and Deaths Act today. Representative Charlie Crist (D-FL) will introduce similar legislation in the US House of Representatives. They are pushing for its measures to be included in either the bipartisan infrastructure or budget reconciliation package that Democrats are scrambling to advance.

“We’ve heard that extreme heat is among the White House priorities in the climate space, and I am fighting to include provisions of my bill,” Markey said in an email to The Verge.

“We’ve heard that extreme heat is among the White House priorities in the climate space.”

The bill would create the first federal financial assistance program to fund community-based projects that are specifically focused on extreme heat, according to Markey. It would also formalize and expand the National Integrated Heat Health Information System (NIHHIS) launched under President Obama.

“The rising health risks of extreme heat must be urgently addressed,” Markey told The Verge. “Extreme heat is a complicated issue that will require a comprehensive response.”

Extreme heat has been the deadliest weather-related disaster in the US over the past 30 years. It killed almost 200 people in the Pacific Northwest in June alone. Thousands more went to emergency departments. The record-shattering temperatures also buckled roads and melted power cables in a region that normally has relatively mild summers. On top of that, it’s been an explosive fire season for the Western US, which is made worse by the soaring temperatures. The pain and damage wrought by this year’s heat were a “wakeup call,” Markey said.

Public health experts say heat-related deaths are largely preventable. Homes and buildings can be upgraded so that they stay cooler even when the mercury rises outside. And cities like New York have worked to provide residents with air conditioning or get them to cooling centers when temperatures are dangerously high.

The financial assistance program proposed by Markey, Padilla, and Booker would provide a total of $100 million to community projects over five years. That might include efforts to cool down neighborhoods by planting more trees in urban areas (which provide shade and remove heat from the air through evapotranspiration). The money could also go toward retrofitting homes and buildings, or painting rooftops and pavements lighter colors since dark surfaces trap heat. Other eligible projects include research on extreme heat, and raising public awareness of the risks and how to stay safe.

At least 40 percent of the funds would be earmarked for projects in low-income communities and neighborhoods facing a higher risk of health problems connected to environmental issues.

The second part of the bill bolsters the NIHHIS, run jointly by the CDC and the National Oceanic and Atmospheric Administration (NOAA). While NIHHIS has researched and coordinated efforts between federal agencies to address extreme heat since 2015, it doesn’t get annual funding from Congress. If passed, the Preventing Heat Illness and Deaths Act would funnel $100 million to the NIHHIS over five years and create an interagency committee to guide its work. It would also commission a study on extreme heat in the US that would examine ways to make the US more resilient in the face of climate change.

The bill was first introduced last July, but proposed environmental policies have a better shot of moving forward under the Biden administration than they did last year under Donald Trump. Even so, Democrats are struggling to move ambitious climate agendas through a divided Congress in two tracks, with one bill passed across bipartisan support and another through the budget reconciliation process. Sen. Markey is pushing for the extreme heat measures to be included in either bill, although negotiations for the measures remain in flux.

Why some city neighborhoods are hotter than others

Hot summer days are even hotter for many Americans of color

Climate change responsible for about a third of heat deaths, study says