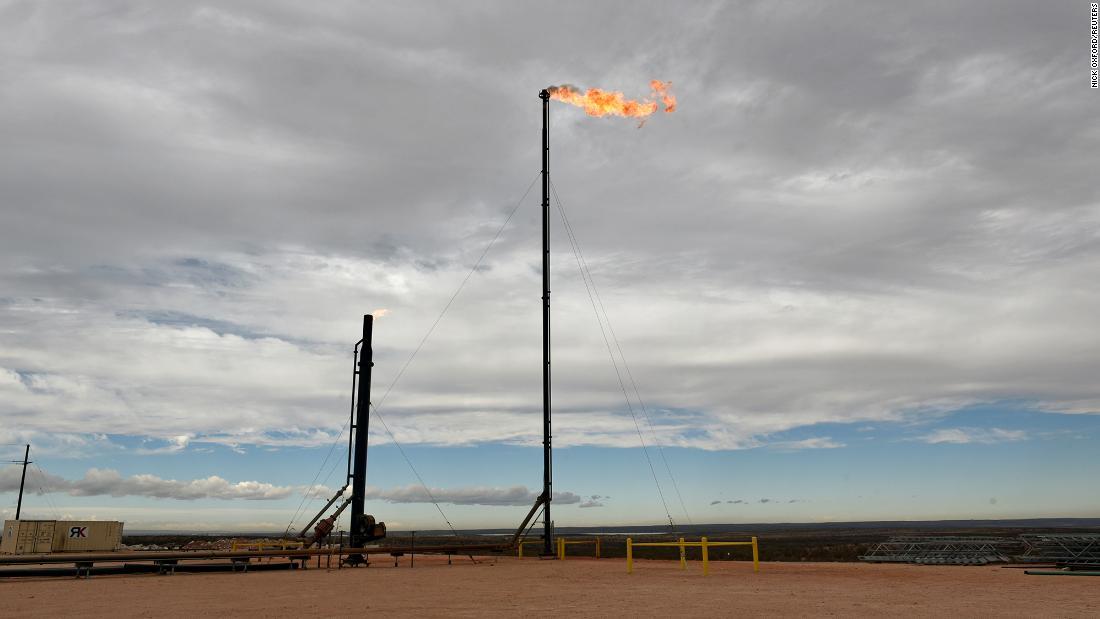 Exxon (XOM) plans to take a non-cash charge of $17 billion to $20 billion — a massive hit for a company that was long opposed to taking writedowns. It’s believed to be the largest such writedown in Exxon history.

The natural gas market is depressed, with gas trading at about $3 per million British thermal units — less than half the price at the time Exxon swooped in to buy XTO. Natural gas peaked in late 2005 at more than $15 per million BTU.

But today the world has a glut of natural gas due to the shale boom that unlocked vast amounts of fossil fuels in the United States.

Exxon’s “colossal gas asset impairment” is management’s “clearest acknowledgement to date that the XTO deal was an epic failure — not that any reminders of this are needed,” Raymond James analyst Pavel Molchanov wrote in a note to clients Tuesday.

The bulk of the writedown covers properties in Appalachia, the Rockies, Texas, Oklahoma, Louisiana and Arkansas that were acquired in the XTO deal. The rest of the charge is for overseas gas properties in western Canada and Argentina.

Exxon is hardly the only oil company forced to whittle down the value of its fossil fuel properties. Over the past year, Chevron (CVX), BP (BP) and Shell (RDSA) have all taken massive writedowns.

But not only is Exxon slashing the value of its natural gas portfolio, the company has completely removed some of these gas properties from its development plan. Exxon said in a statement that it may sell some of these assets, “contingent on buyer valuations.”

Instead of plowing more money into natural gas, Exxon is promising investors it will “prioritize near-term capital spending on advantaged assets with the highest potential future value.”

Specifically, Exxon said it will focus on developing its vast oil resources in Guyana, accelerating production in the Permian Basin of West Texas and some exploration in Brazil.

Exxon is also retreating from its bold plans to ramp up investment despite weak prices. The company now expects to spend $19 billion or less in 2021 and between $20 billion and $25 billion a year through 2025. That’s a far cry from Exxon’s March projection that it would spend $30 billion to $35 billion a year through 2025.
Exxon is scrambling to cut costs — and jobs. The company reiterated that it plans to shrink its global workforce by 14,000, or 15%, by the end of next year. That includes cutting about 1,900 jobs in the United States, mostly at its Houston headquarters.
The pandemic and crash in oil prices has exposed Exxon’s weakened financial state. The company posted quarterly losses for the first time in decades and it got kicked out of the Dow Jones Industrial Average after 92 years in that index.
As recently as 2012, Exxon was the world’s most valuable company. But today it is valued at just $161 billion — smaller than T-Mobile US (TMUS), AbbVie (ABBV), Nike (NKE) or Adobe (ADBE). Exxon’s market valuation has crumbled by more than half to a staggering $285 billion since peaking at $446 billion in mid-2014.

Wall Street is hoping the belt-tightening and a more conservative budget will be enough to save Exxon’s dividend, which is critical to its appeal to investors. But analysts are skeptical. This year marks the first time since 1982 that Exxon failed to increase its dividend.

Molchanov, the Raymond James analyst, warns that “Exxon cannot fund its dividend in 2021” without additional borrowing or asset sales.

For now, the capital markets are wide open and Exxon should be able to borrow to fund the dividend. But that can’t last forever.

“It’s a question of how much debt they want to take on,” said RBC Capital Markets analyst Biraj Borkhataria. “The dividend looks challenged.”

And even if Exxon avoids a dividend reduction, its sharp spending cuts raise questions about the company’s long-term future.

“The company is in a precarious position because of the deals they’ve done and the fact they’ve underspent for many years,” said Borkhataria. “They have to execute on their existing projects to protect the long-term viability of the business.”