Home General Exxon is in crisis. Angry shareholders are rebelling

Exxon is in crisis. Angry shareholders are rebelling 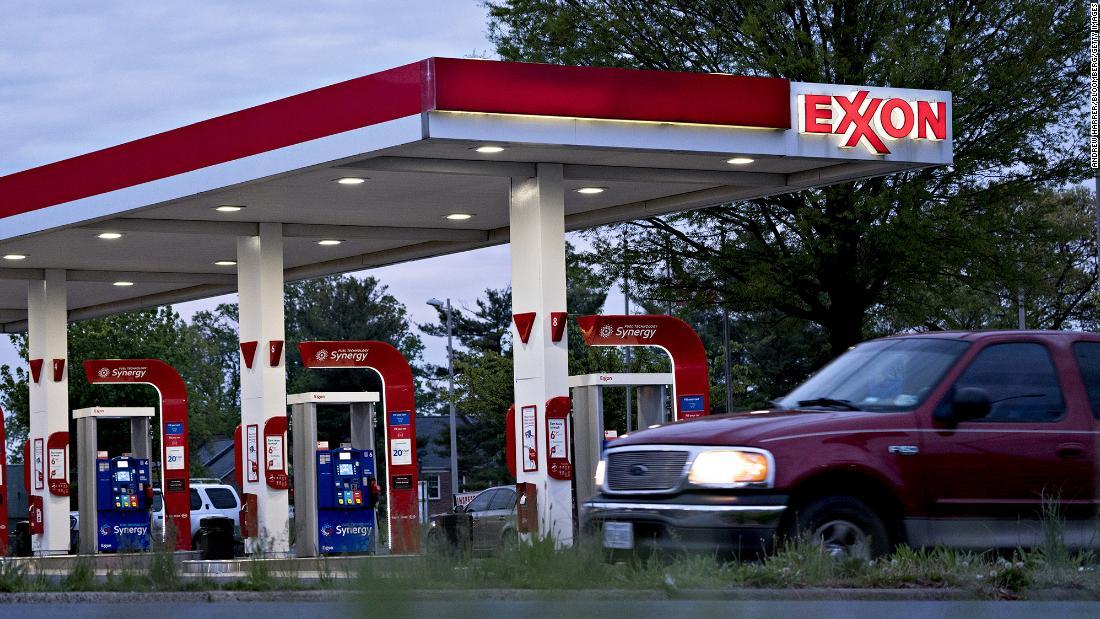 Share
FacebookTwitterRedditWhatsapp
For the first time in modern history, Exxon (XOM) faces a credible challenge from frustrated investors seeking to overthrow its board of directors.
That effort, led by a new activist investor firm called Engine No. 1, calls for Exxon to rein in its massive spending ambitions, revamp executive pay and explore a push into clean energy. Engine No. 1 has received support from the Church of England and one of America’s most powerful pension funds: the California State Teachers’ Retirement System, or CalSTRS.
But that’s not all. Activist hedge fund D.E. Shaw has built a larger Exxon stake than the one held by CalSTRS and Engine No. 1 and is pushing the oil company to slash spending to save its dividend and improve its poor performance, a person familiar with the matter, who was not authorized to speak publicly on the Exxon stake, told CNN Business. Bloomberg News first reported the D.E. Shaw campaign.

“Historically Exxon hasn’t had to care too much about shareholders. Now they’ve got people rattling their cage,” said Peter McNally, an analyst at Third Bridge Group.

Shareholder dissent has been percolating in recent years at Exxon, especially on the climate front, as activists pushed proposals seeking to force Exxon to disclose emissions targets, stress test its climate risk and separate the CEO and chairman roles.

But unlike those fights, Exxon is now facing a campaign to take control of board seats. Engine No. 1 revealed four individuals with strong energy industry credentials who have agreed to be nominated, “if necessary,” to the Exxon board.

“For the longest time, Exxon was a machine. They were just churning out cash flow year after year,” said Stewart Glickman, an analyst at CFRA Research. “When a company finds itself struggling in choppy waters, an activist will come along.”

Series of missteps at Exxon

Engine No. 1, whose executive team includes former JANA partner Charlie Penner and ex-BlackRock executive Jennifer Grancio, called out Exxon’s poor performance and suggested the company faces an existential crisis. In a letter sent last week to Exxon’s board, the activist group points out that the company’s total shareholder return for the prior three, five and 10-year periods trail both its proxy peers and the S&P 500.

“We believe that for ExxonMobil to avoid the fate of other once-iconic American companies, it must better position itself for long-term, sustainable value creation,” Engine No. 1 wrote in the letter.

Exxon long prided itself on being able to spend wisely, even when the boom-to-bust oil market was not cooperating. But a series of recent missteps have blown a hole in that argument and now threaten the company’s precious dividend.

Last decade, Exxon was very late to the US shale oil boom — even though it took place in its own backyard in Texas. The company decided instead to invest in complex overseas projects, some of which, including a joint venture with Russian oil company Rosneft, failed to pan out.
And with the benefit of hindsight, Exxon’s 2009 takeover of natural gas giant XTO Energy has been slammed as an “epic failure.” Natural gas prices are trading at less than half the levels from the time of that $41 billion acquisition. Exxon recently said it will write down the value of its natural gas properties by a stunning $17 billion to $20 billion.

Engine No. 1 slammed Exxon for its “poor long-term capital allocation strategy” and called on the company to slash spending.

In a separate letter to Exxon, D.E. Shaw similarly urged the company to cut capital spending to a maintenance level of just $13 billion, the person familiar with the matter said. That would mark a sharp drop from Exxon’s plan to spend $23 billion this year.

Before the activist letters were made public, Exxon announced a retreat from its aggressive spending plans, though not by as much as the activists want.

The climate crisis continues to loom over the oil giant. D.E. Shaw is pushing Exxon to improve its environmental reputation and set clear and measurable emissions targets and include them in its compensation plans, the person familiar with the matter said.

Engine No. 1 said Exxon should “fully explore” ways to use its scale and expertise by investigating growth areas, including “more significant investment in net-zero emissions energy sources and clean energy infrastructure.”

Unlike European oil majors including Royal Dutch Shell (RDSA) and BP (BP), Exxon and rival Chevron (CVX) have not made big investments in renewable energy.

In a statement, Exxon said its management and directors “regularly engage with our shareholders on a range of topics and value their constructive perspective.”

“We continue to invest in and research breakthrough technologies that will play a key role in addressing the important issues related to climate change,” Exxon said.

In a sign of just how much pressure Exxon is facing, the company announced Monday it will eliminate the flaring of methane by 2030 and cut the “intensity” of emissions from its oil-and-gas production by up to 20% by 2025.

“We respect and support society’s ambition to achieve net zero emissions by 2050,” Exxon CEO Darren Woods said in a statement.

Exxon also promised to reveal emissions from its products, known as scope 3 emissions. However, the company did not set any targets to reduce those indirect emissions and acknowledged that this reporting “does not ultimately incentivize reductions by the actual emitters.”

Climate groups were not satisfied.

“This set of commitments would have been leading edge five years ago,” Andrew Logan, senior director of oil and gas at sustainability nonprofit Ceres, said in a statement. He noted that US rivals including Occidental Petroleum and ConocoPhillips (COP) have gone further by setting net-zero targets for their operational emissions.

Engine No. 1 faces an uphill battle in winning seats on the Exxon board.

Even with the support of CalSTRS and the Church of England, the shareholders own just a small slice of what is still a $180 billion company. The fate of the proxy battle will be up to Vanguard, State Street (STT) and BlackRock (BLK). The Big Three asset managers own nearly one-fifth of Exxon’s outstanding shares.

But the activists do have one big advantage: a deeply dissatisfied shareholder base. And if those frustrated shareholders team up with environmental groups and socially-conscious investors, Exxon could be in trouble.

“It’s unlikely to succeed,” said Glickman, the CFRA analyst. “But it’s going to be close.”