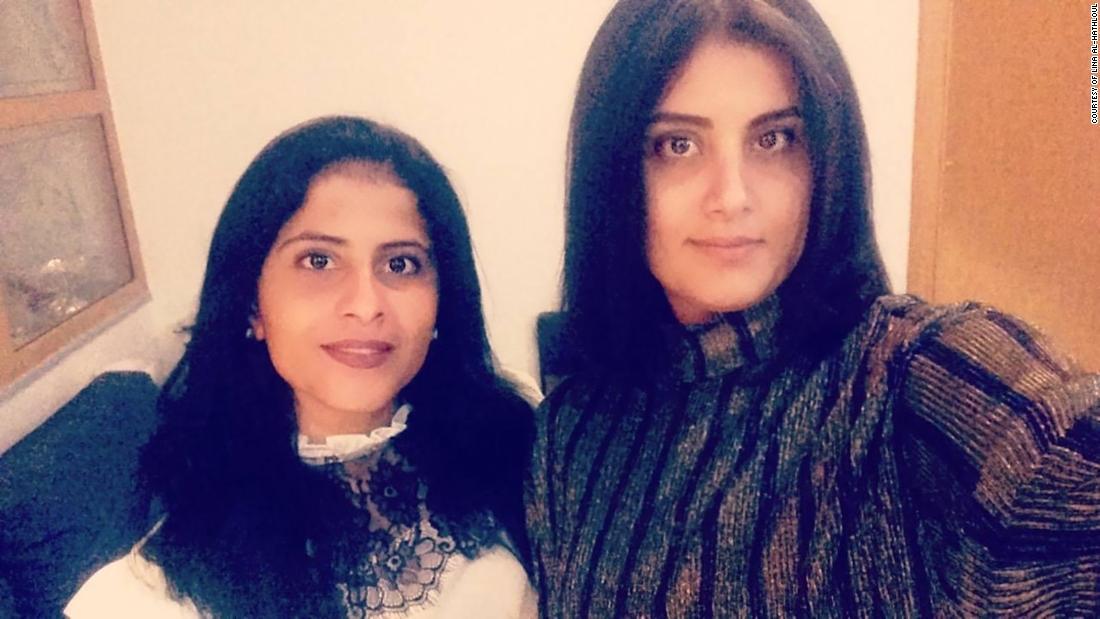 G20 leaders are meeting this weekend at a virtual summit hosted by Riyadh, which currently heads the club of rich nations. The event has revived discussion about the kingdom’s human rights abuses, on an uptick under the leadership of Crown Prince Mohammed bin Salman, who has rolled out a rapid succession of reforms while also forcefully stamping out dissent in the kingdom.

Amnesty International urged world leaders not to “buy the spin: Saudi Arabia’s real change makers are in jail.” Human Rights Watch said the summit was “a mark of international prestige for the government of Crown Prince Mohammed bin Salman but it helps the Saudi government deflect from its image as a pervasive human rights violator.”
Hathloul, 31, was jailed in May 2018 during an arrest sweep that targeted prominent opponents of the kingdom’s former law barring women from driving. The crackdown happened just weeks before the ban was lifted, casting doubt on the prince’s reform agenda.

In an interview with CNN’s Nic Robertson on Friday, Saudi Minister of State for Foreign Affairs Adel Jubeir said Hathloul’s case “was up to the courts. She’s on trial for matters related to national security.”

“The idea that she and her friends were detained because they advocated women’s driving is preposterous,” said Jubeir. “(The plan to lift the ban on) women’s driving was decreed by His Majesty (King Salman) six months before they were detained. And if every woman in Saudi Arabia who advocates for women driving were to be put in jail, half the women in Saudi Arabia would be in jail.”

In a six-page charge sheet for Hathloul’s case, seen by CNN, a section entitled “crimes committed” includes activism against the kingdom’s restrictive male guardianship laws, along with contact with foreign journalists and diplomats.

The charges rely on a series of alleged confessions, according to the documents, which state that Hathloul confessed to applying for a job at the UN along with confessing to being in contact with the human rights groups Amnesty International and Human Rights Watch.

For much of her imprisonment, Hathloul has detailed her hardships — including allegations of torture and sexual abuse — to her parents during their prison visits. Those allegations were later made public by three of her siblings who live outside the kingdom, and were corroborated by the court testimony of other female activists.

Saudi authorities have repeatedly denied allegations of torture and sexual abuse in their prisons.

For most of 2020, Hathloul has been denied regular calls and visits with her family, her siblings said, adding that officials cited the coronavirus pandemic as the reason for suspending communications.

When their parents saw Hathloul in August, after having last spoken to her on the phone in April, they had found her looking “extremely skinny and extremely weak,” Lina related.

Still she appeared headstrong and alert. Loujain told her family that she had been granted the visit because she had been on hunger strike and prison authorities had given in to her demands. She had been protesting the suspension of communication after she learned that at least one other prisoner still had regular contact with her family, according to Lina.

But after another visit on September 9, Loujain was again denied contact with her family until a meeting with her parents on October 26, when she informed them that she would resume a hunger strike, said Lina.

“Loujain was OK physically, but psychologically she was destroyed,” Lina said. “My parents told us that they’ve never seen Loujain as weak and as hopeless as she was on that visit.

“She told them that she will start a hunger strike on that day … My parents tried everything to cheer her up but Loujain was just sure about what she wanted … she doesn’t want to survive in this prison anymore where she’s not even allowed to have regular calls.”

A UN committee of independent experts earlier this month expressed alarm at reports of Hathloul’s deteriorating health condition and criticized Saudi Arabia’s apparent refusal to allow contact with her family.

“The Committee is alarmed by the recent information concerning the conditions of Ms. Al-Hathloul’s prolonged detention, which have prompted her to start a hunger strike,” read a statement by the UN Committee on the Elimination of Discrimination against Women.

“Unlike other detainees, and contrary to Rules 26 and 42 of the United Nations Rules for the Treatment of Women Prisoners and Non-custodial Measures for Women Offenders … Ms. Al-Hathloul is not allowed to have regular contact with her family nor to exercise activities, according to reports received,” it said.

Hathloul’s family says they have not received news about her since October 26.

Saudi authorities have not responded to CNN’s request for comment on the allegations made by Hathloul’s relatives.

Hathloul is believed to be the most vocal political detainee currently inside Saudi prisons, having made the plight of the kingdom’s imprisoned women’s rights defenders known to the outside world and sparking international outrage. Most of the activists detained in the wave of arrests which targeted Hathloul were freed in early 2019, after immense international pressure.

The 31-year-old activist was one of a handful of female activists denied release. She was put in a solitary confinement in mid-April 2019 and remains there to date, her sister said. In January 2020, Hathloul was allowed to leave her solitary cell, but she could not adjust to the sounds of other people after having been deprived of interactions for nearly seven months, Lina said. She asked to stay in her cell, with an hour of social activities a day, according to her family.

In August 2019, Saudi authorities offered to release Hathloul on condition that she rescind her allegations of torture, her family said. She declined the offer, according to her siblings.

“She doesn’t want to get out and have the people who tortured her and imprisoned her walk with impunity and still be able to do this to other women after her,” Loujain’s sister, Lina al-Hathloul, told CNN.

“She’s the most outspoken (Saudi detainee) behind bars. She won’t accept to be released without a full and real justice.”

CNN’s Nic Robertson contributed to this report from Riyadh.