Family of U.S. Student Jailed for Quarantine Violation Pleads for Her Release 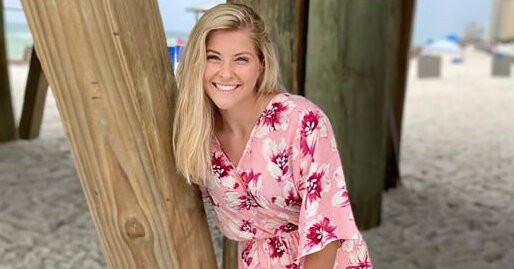 The family of an 18-year-old college student who broke the Cayman Islands’ coronavirus laws on a trip last month has pleaded for her release from prison ahead of a hearing on Tuesday before a panel of judges who will decide whether her appeal can proceed.

“She cries, she wants to come home,” the student’s grandmother, Jeanne Mack, said on NBC’s “Today” show on Monday. “She knows she made a mistake. She owns up to that, but she’s pretty hysterical right now.”

Skylar Mack and her boyfriend, Vanjae Ramgeet, 24, were sentenced to four months in prison after violating the Cayman Island’s required 14-day quarantine period for visitors.

In late November, with her semester at Mercer University in Georgia complete, Ms. Mack flew to the Cayman Islands to watch her boyfriend compete in the islands’ Jet Ski racing national championship.

When she arrived, however, there was a problem.

She got there on a Friday; the championship was on Sunday. And per the country’s laws, she was required to remain in her hotel room for 14 days before going anywhere else on the islands.

To elude the restrictions, Ms. Mack, after receiving a negative coronavirus test, slipped an electronic monitoring bracelet from her wrist and escaped to a beach on Grand Cayman’s South Sound, where she saw Mr. Ramgeet win first place.

“This was as flagrant a breach as could be imagined,” Justice Roger Chapple said in court during the sentencing, according to the Cayman Compass, a news website in the Cayman Islands. “It was born of selfishness and arrogance.”

The islands, a British territory of nearly 65,000 residents, have reported 316 infections and two deaths, as of Monday. Only people who have been preauthorized to enter the Cayman Islands can travel there, and they must quarantine for 14 days in a government facility or at home, if approved, according to the British government.

Ms. Mack’s relatives in suburban Atlanta scrambled to pull together letters from friends and family attesting to her character in an effort to get the sentence overturned on appeal, said Jeanne Mack, 68.

Jeanne Mack also wrote to President Trump for help. She received a response from the Office of Presidential Correspondence last week stating that her correspondence had been forwarded “to the appropriate federal agency for further action.”

Justice Chapple said last week in court that “the gravity of the breach was such that the only appropriate sentence would have been one of immediate imprisonment,” according to the Cayman Compass.

The family and Skylar, a junior pre-med student, make no illusions about what happened, her grandmother said: What she did was wrong.

“I’ll do everything to get you home, and when I get you here, I’m going to kick your butt,” Jeanne Mack said. “We’re not saying, ‘poor, innocent Skylar.’ We’re simply saying the punishment does not meet the crime.”

Skylar Mack and Mr. Ramgeet pleaded guilty to breaking the quarantine rules and were initially sentenced to 40 hours of community service and a fine of 2,600 Cayman Islands dollars (about $3,1000). But the punishment was increased last week after the prosecutor appealed, saying the initial sentences were “unduly lenient and wrong in principle.”

Jeanne Mack said that if the panel of judges on Tuesday decides that her appeal can proceed, then the family hopes that she will be released on bond pending the appeal.