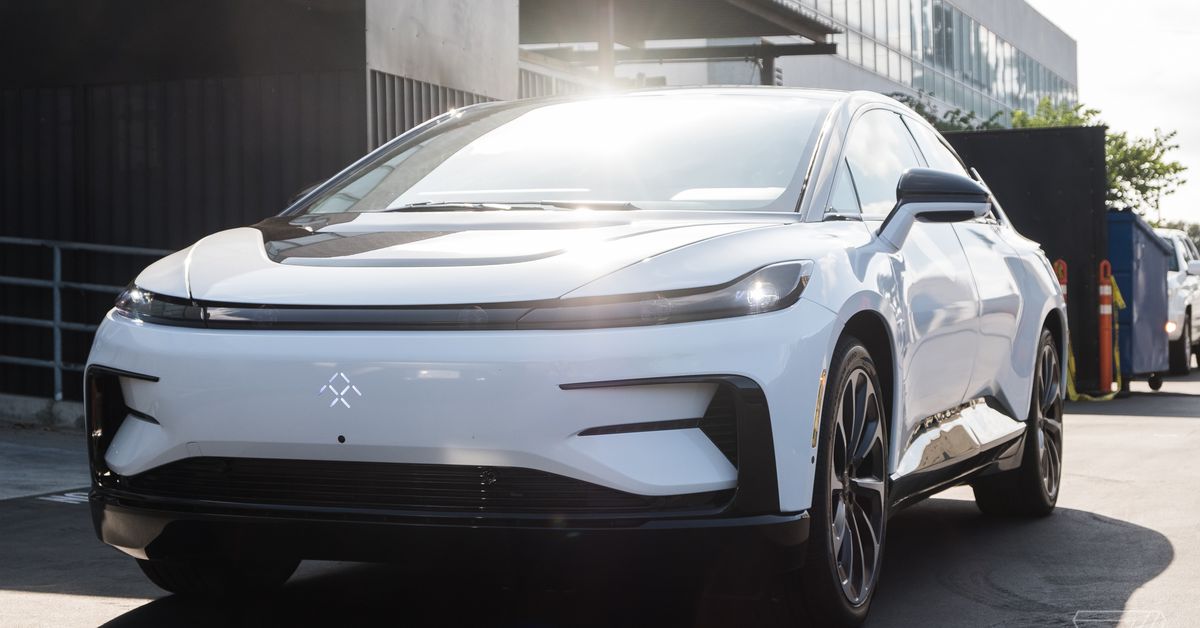 Faraday Future is going to become a publicly traded company on the Nasdaq stock exchange and is raising around $1 billion in the process.

The troubled EV startup announced Thursday that it is indeed merging with special purpose acquisition corporation (or SPAC) Property Solutions, as first reported by Bloomberg earlier this month.

About $230 million will come from the money that Property Solutions raised in its SPAC. The other $775 million will come from a new funding round happening concurrently with the merger. Geely, China’s biggest privately owned automaker, is contributing “less than 10 percent” of that new investment, and $175 million is coming from an unnamed “Tier 1 Chinese City,” meaning that the Chinese government is involved in the deal. Faraday Future will have around $748 million of cash to play with when all is said and done.

Faraday Future expects to be able to finish building out its factory in Hanford, California with the new funds and launch its FF91 luxury SUV “within 12 months” of the finalization of the merger, which is expected to happen in the second quarter of this year. Smaller models, as well as a delivery vehicle, will follow. Faraday Future is targeting the US, China, and European markets and has an agreement with South Korean manufacturer Myoung Shin to make cars there. A joint venture with Geely and the Tier 1 city is also being discussed.

While it’s just the latest EV startup to announce that it’s going public via SPAC in the last seven months (joining the likes of Nikola, Canoo, Fisker, Arrival, and others), Faraday Future is perhaps the most notorious considering its history of financial troubles.

Going public has long been a goal for Faraday Future, which was founded in 2014 and started to emerge from stealth mode in 2015. But it’s a goal that’s seemed increasingly out of reach as the startup struggled over the years.

After debuting its electric luxury SUV, the FF91, at the 2017 Consumer Electronics Show, Faraday Future spiraled. It was facing a major cash crunch after already spending hundreds of millions of dollars of founder Jia Yueting’s own money. At the same time, Jia self-exiled himself to the US as he tried to escape massive mounting debts in his home country, China, following the collapse of his tech conglomerate LeEco.

Faraday Future brought in two former BMW executives to help straighten things out, including the former chief financial officer of the German automaker (and Deutsche Bank), Stefan Krause. The startup abandoned plans to build a $1 billion factory in the desert in favor of taking over a smaller, dormant plant in Central California. Krause pushed for other cost-cutting measures, too, like exiting the Formula E electric racing series, ending LeEco’s technical partnership with Aston Martin, and scrapping a product placement in the Transformers movie franchise.

But when Jia ultimately rejected Krause’s larger pitch to restructure the startup through bankruptcy, the chief financial officer and his BMW counterpart resigned. A wave of other resignations followed. Weeks away from running out of cash, Jia signed a deal at the end of 2017 with Chinese real estate conglomerate Evergrande worth up to $2 billion in exchange for 45 percent of the company.

Buoyed by new cash, Faraday Future started off 2018 by renovating the factory in Central California and continuing work on the SUV. But the relationship with Evergrande soured across that year as Jia quickly spent through the conglomerate’s first $800 million installment. When Jia asked for more, Evergrande used the opportunity to try to sideline him. Ultimately, it wasn’t satisfied that Jia actually relinquished control, and the two sides started a months-long legal battle before an arbitrator in Hong Kong.

While this was happening, Faraday Future was down to just a few million dollars in the bank. It laid off hundreds and furloughed hundreds more, and cut salaries across the board. Top executives who had stuck it out, including co-founder Nick Sampson, relented and left the startup.

Faraday Future reached a truce with Evergrande on the final day of 2018. The Chinese conglomerate was released from the remaining $1.2 billion and reduced its stake to 32 percent.

Faraday Future has been treading water ever since, staying alive by borrowing from an investment firm run by a “bankruptcy legend.”

Through all this, Faraday Future racked up hundreds of millions of dollars in debt to suppliers and vendors. The startup placated most of them by promising a slice of a future IPO. Jia declared bankruptcy in late 2019 in an effort to settle some $3 billion of his own debts in China. The result of that process was that Jia put his controlling shares in Faraday Future in a trust of which his creditors now all own pieces.