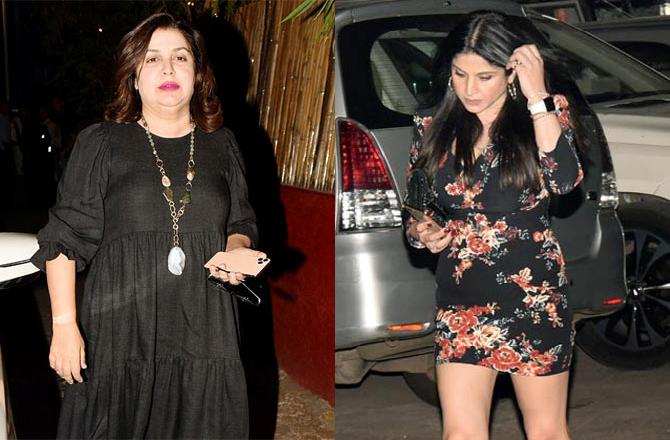 Farah Khan Kunder got married to Shirish Kunder on December 9, 2004, whereas Maheep and Sanjay Kapoor tied the knot on the same day in December 1997. While Farah and Shirish celebrated 16 years of marital bliss yesterday, Sanjay and Maheep celebrated 22 years.

Both Farah and Maheep shared loved-up pictures and penned heartfelt notes for their husbands on social media on the occasion. Here’s what Farah Khan shared, “Might as well embarrass the husband today… happy 16 th Anniversary @shirishkunder…”

Similarly, Maheep Kapoor, too, posted some throwback photos with hubby Sanjay and wished him a happy wedding anniversary. Check out the post below:

Aren’t both posts absolutely adorable? Shirish Kunder responded in like and shared a romantic photo with wifey Farah, to which she responded asking him, “No wise cracks?!”

Sanjay Kapoor, too, shared a post for Maheep and called her his ‘Bollywood wife‘.

We love how both couples share a camaraderie and warmth after so many years of togetherness! While Farah Khan Kunder and Shirish Kunder have three kids together – triplets Czar, Diva and Anya – Maheep and Sanjay Kapoor have two children – daughter Shanaya and son Jahaan.