Farah Khan set to direct Hrithik Roshan for an advertisement 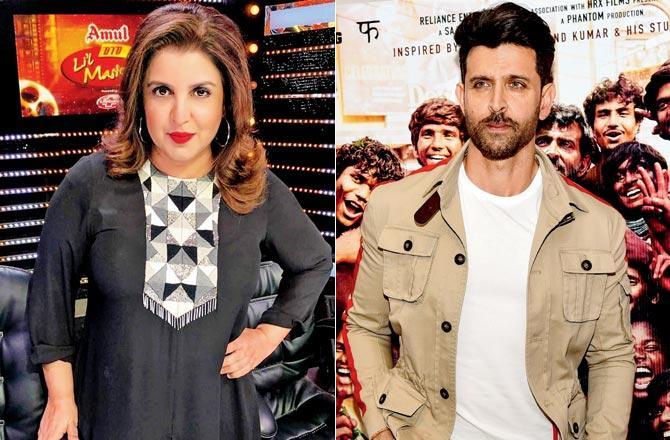 Stepping out of his comfort zone after nine months, Hrithik Roshan is gearing up to finally begin shooting on a set. While the actor has been filming from his Juhu residence for various projects, this is the first time he will be working with a crew for an advertisement in Film City.

Director-choreographer Farah Khan, who was rumoured to initially direct Roshan in the remake of Satte Pe Satta, will be helming the ad shoot. During the pandemic, the Om Shanti Om director shot for Khatron Ka Khiladi, Bigg Boss, and did a cameo in a movie. “Both Hrithik and Farah have been extremely cautious about shooting during the pandemic. He is particular that all safety measures be followed stringently. Everyone will be tested a day prior to the shoot and be given PPE suits. Despite the minimal staff, Hrithik will wrap up the shoot in a day,” informs a source.

Khan and Roshan have collaborated for dance routines before. “Farah gave him his signature step in the song Ek pal ka jeena [Kaho Naa Pyaar Hai, 2000] and was also responsible for the chartbuster Idhar chala, main udhar chala, [Koi Mil Gaya, 2003], but this will be the first time she directs Hrithik for an ad,” adds the source.

RELATED:  Get inspired by these B-town beauties for In-house Diwali celebrations

Hina Khan did a full-fledged photoshoot at Sula Vineyards, and it’s breathtaking