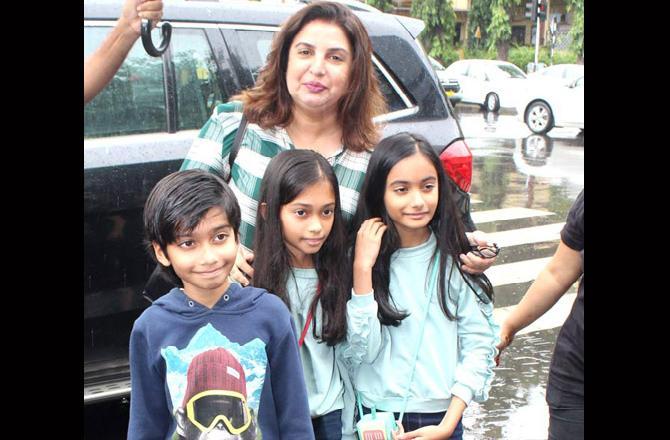 Farah Khan Kunder is mommy to three kids – son Czar, and daughters Diva and Anya. The filmmaker-choreographer and her husband became proud parents to their triplets in 2008 via IVF. The Main Hoon Na director shared an endearing photo on Instagram of her daughter Diva hugging her tight. The photo was clicked by son Czar. Farah wrote, “Am I protecting her… or is she protecting me? Best way to start the day… #daughterlove #diva pic credit: czar kunder”

Recently opening up about having her kids via IVF, Farah Khan wrote on Instagram, “Today I am a proud mother of three because of a choice. I became a mother when I was ready for it, not when the society deems ‘the appropriate age to conceive.’ Thanks to advancements in science, I was able to do it via IVF at my age. Today, it’s nice to see that more women are making this choice without fear of judgement, changing people’s mindsets and taking their happiness in their own hands.”

Also read: Farah Khan: We Were Not Supposed To Know That Aishwarya Was Shah Rukh’s Imagination In Mohabbatein

Also read: Mona Singh: I’m Sure Of Motherhood But Happy That I Took The Call To Freeze My Eggs