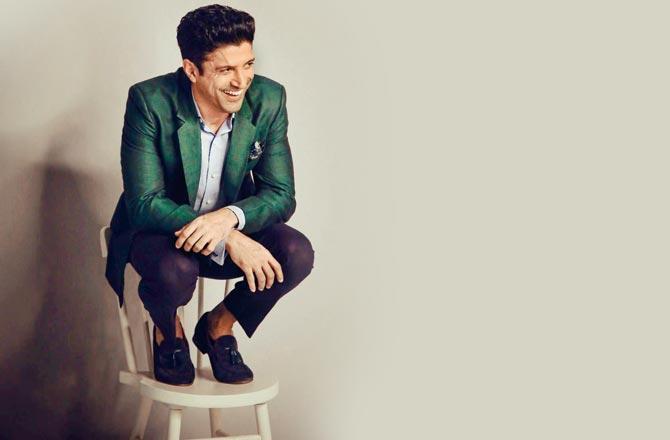 Divyanshu Upadhyay, secretary of not-for-profit organisation Hope Welfare Trust, vividly remembers the July night when he tagged Farhan Akhtar on a Twitter post. In the tweet, Upadhyay had appealed to people to help his NGO build a house for the Varanasi-based Giri family. In no time, Akhtar had responded, thus marking the beginning of a collaboration based on empathy and kindness. Over the past five months, the actor-filmmaker — away from the media glare — has quietly helped build a home for Ganesh Giri, a Shiv temple priest in Varanasi.

Upadhyay and his NGO workers had come across the priest while distributing ration during the lockdown in May. “He told us that his house was dilapidated. When we visited his home, we could gauge that it would break down any time. He told us that during the monsoons, the hut would leak so badly that his family, including his four children, had to take shelter under the trees,” recounts Upadhyay, adding that the NGO immediately extended a helping hand. The team soon spread the word on the crowdfunding platform, Milaap, but couldn’t raise enough funds.

Two months and a few modest contributions later, the group was losing hope when the impossible happened. “When I tagged Farhan sir in a tweet, asking for help, he immediately wrote to me, asking for more information. Over the next 10 days, he researched about our organisation as we shared the details and necessary documents. Soon after, he sent us the required amount.”

But Akhtar’s role did not end after making a financial contribution. Emotionally invested in the Giris’ welfare, he sought regular updates on the project. “He is a star, but he didn’t forget about us after donating the amount. Right from the first tweet, he kept in touch with us. We would give him weekly updates. From the beginning, he was particular that we must not bring it to the media’s attention.” Thanks to Akhtar’s generosity, today, Giri is the proud owner of a two-room-kitchen house in his hometown. In fact, the Giris had a special guest at their griha pravesh ceremony as the actor spoke to the priest over a video call.