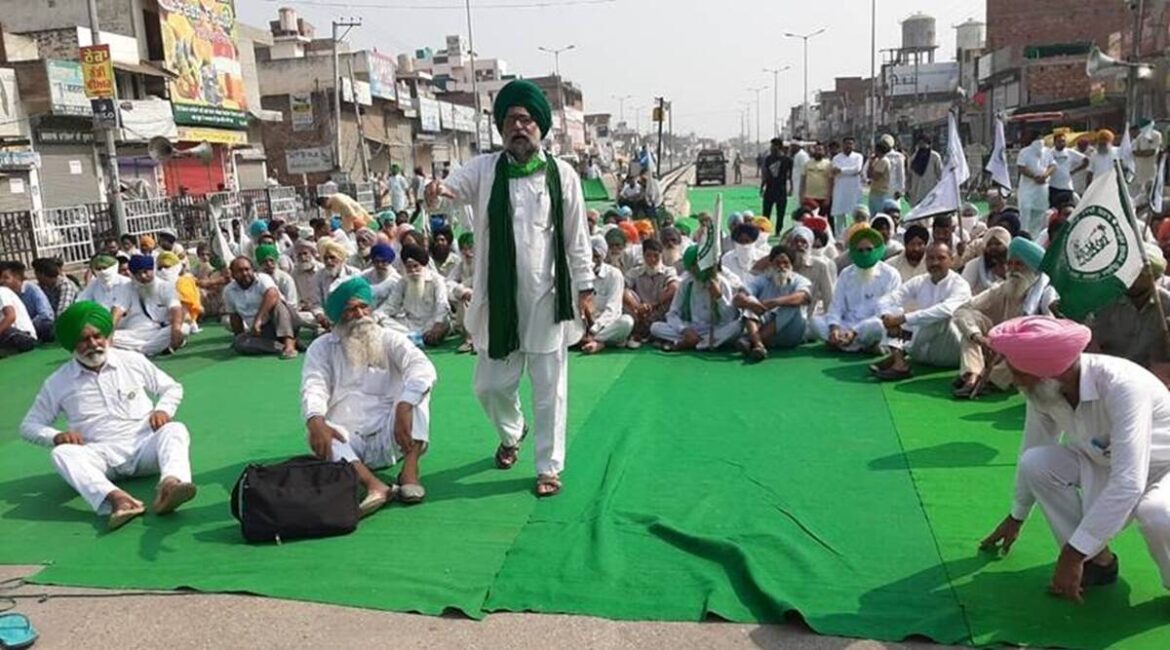 In a letter that could trigger a new flashpoint in its ongoing five-month-long face-off with protesting farmers from Punjab, the Centre has asked the state government to take action on the findings of a probe by the BSF that migrant bonded labourers from Bihar and UP were being employed in the state’s farms and administered drugs to extract long hours of work.

In the letter sent on March 17 to the Punjab Chief Secretary and DGP, the Ministry of Home Affairs (MHA) said that in 2019-20, the BSF apprehended 58 such labourers from the border districts of Punjab.

The letter drew sharp reactions from farm leaders protesting against the Centre’s new agriculture laws. Jagmohan Singh, general secretary of BKU Dakaunda and member of All India Kisan Sangharsh Coordination Committee (AIKSCC), accused the Centre of trying to “malign the image of farmers”.

A senior Punjab Police officer, speaking on condition of anonymity, confirmed the contents of the letter but described the findings as “far-fetched”.

Former NDA ally, the Shiromani Akali Dal (SAD), said the letter was based on a “ridiculous assumption aimed purely at defaming farmers of the state”.

Referring to the 58 people “apprehended” by the BSF “from the border areas of Gurdaspur, Amritsar, Ferozepur and Abohar”, the Centre’s letter states: “During the course of questioning, it emerged that most of them were either mentally challenged or were in a feeble state of mind and have been working as bonded labourers with farmers in border villages of Punjab. The persons apprehended belong to poor family background and hail from remote areas of…Bihar and Uttar Pradesh.”

Raising the issue of human trafficking, the letter states: “…human trafficking syndicates hire such labourers from their native place to work in Punjab on the promise of good salary, but after reaching Punjab, they are exploited, paid poorly and meted out inhuman treatment. For making them work for long hours in fields, these labourers are often given drugs, which adversely affect their physical and mental condition. BSF has been handing over the rescued persons to State Police for further necessary action.”

Describing the issue as “multi-dimensional” and of “overwhelming enormity”, it states that since it involves human trafficking, bonded labour and human rights, “you are requested to look into the matter and take appropriate measures to address this serious problem”.

It adds: “Action taken in the matter may please be informed to this Ministry on priority.”

Asked about the contents of the letter, Jagmohan Singh said: “After calling us Khalistani and terrorists, the Union Government is playing yet another communal card. This survey, as per the MHA, was done by BSF in 2019-20 and it is surprising that they sat on this report till now and wrote to the Punjab Government only when the farmers’ agitation is at its peak.”

Appealing to the MHA to withdraw the letter, Singh said: “We have an integral bond with our labourers. They want to create differences between us and our Hindu migrant workers of UP and Bihar who come every year to work across the state. We will meet the DCs of the border districts of Punjab and convey our anger over this letter. We will produce migrant workers working in the fields of these districts as proof.”

Harjeet Singh Grewal, the Punjab BJP’s point person for farmer unions, described the letter as “purely an administrative” matter and said that “doing politics over this is not right”.

In a statement, former SAD MP Prof Prem Singh Chandumajra said: “Such letters from the Home Ministry will also send a wrong signal across the country and create an atmosphere of confrontation.”

The senior police officer, meanwhile, expressed “surprise” over the letter’s contents and said the issue was “never raised in the regular meetings” between Punjab Police and BSF. “It looks like a far-fetched idea that bonded labourers are brought in, and often given drugs for performance enhancement,” the officer said.

(With Kanchan Vasdev in Chandigarh)