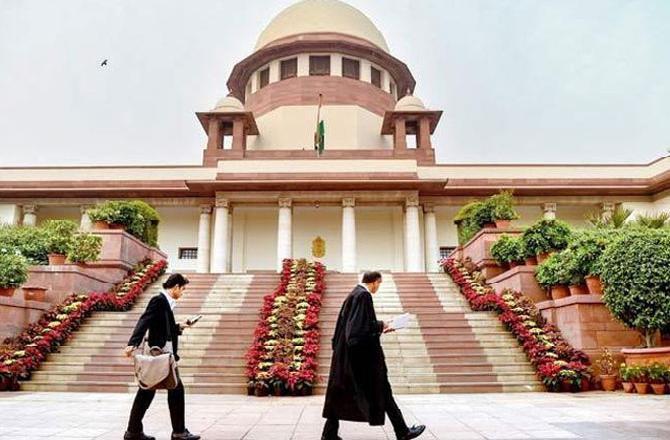 As thousands of farmers continue to protest on the Delhi borders, BKU (Lok Shakti) has moved the Supreme Court to challenge three new central farm laws it dubbed as “unconstitutional”, and sought impleadment as party in the matter pending in the apex court.

In an application filed through advocate AP Singh, the Bharatiya Kisan Union faction claimed that the farm laws were “against the interest of farmers and instead served only the corporate interests”.

The plea contended that implementation of these laws in their current form will hurt the interests of the farming community by opening parallel markets, which will be unregulated and thus leaves scope for the exploitation of peasants.

And, as a consequence, the farmers have apprehensions with regard to these laws, the BKU (Lok Shakti) said.

The petitioner alleged that the farm laws would dismantle the Agricultural Produce Market Committee (APMC) system, which was set u p to ensure fair prices for crops, and therefore these laws are “unconstitutional”.

Also, these laws will lead to corporatisation of the agricultural markets across the country and crop prices can thus be driven up or down by the corporates.

This month, during a hearing on the pleas to seek the removal of farmers protesting on the Delhi borders since November 26, a SC bench headed by Chief Justice SA Bobde had said that the agitation by farmers should be allowed to continue, and refused to interfere by pointing to their fundamental right to protest.

More than 40 farmer unions have been impleaded as respondents in the case pending in the apex court, wherein the petitioners said that the protesting farmers had obstructed the movement of commuters through blockades.

The top court, during the hearing, had observed that farmers’ right to protest should not infringe the Fundamental Right to free movement of others, and that a blockade cannot be imposed on the city.

The top court had given liberty to the parties involved to move a vacation bench during the winter break in the Supreme Court.