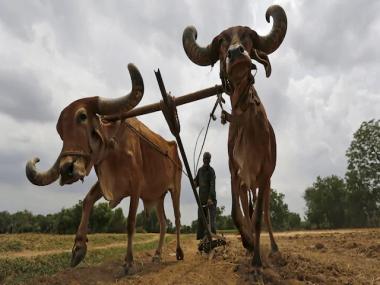 It would be misleading to define the protests as a mass agitation backed by India’s 14 crore farmers, as can be seen from News18’s survey

Nearly 30 days since they started their agitation against agriculture reforms, the protesting farmers show no signs of taking a backward step. On Monday, the farmer unions that have taken part in the demonstrations observed a day-long relay hunger strike at all sites to force the Union government to repeal the farm laws.

However, even as the farmers intensified their protests, a survey by the News18 Network spanning 22 states and 2400 respondents found that a majority support the implementation of three new laws — The Farmers Produce Trade and Commerce (Promotion and Facilitation) Act, 2020 (FPTC); The Farmers (Empowerment and Protection) Agreement on Price Assurance and Farm Services Act, 2020 (FAPAFS); and The Essential Commodities (Amendment) Act, 2020 (ECA) — and want the agitation to be called off.

Other findings of the survey support the contention that the vast majority of farmers in India do not support the agitators’ cause and in fact, are in favour of the long-overdue structural reforms that may end the monopoly of APMCs and mandis, modernise agriculture and provide farmers with choice, a chance to make more money by removing the middlemen, and increase access to a single market.

It is not a coincidence that the protesting farmers are chiefly from Punjab and Haryana, the two states that have benefitted most from the APMCs’ monopoly over wholesale trade and MSP — the administered price mechanism from the Green Revolution era that has far outlived its utility. The MSP system is now distorting the market by creating a huge surplus of wheat and paddy, and is depleting the water table in the two states.

Quoting a CACP report, Rajalakshmi Nirmal observes in BusinessLine that “while more than 95 percent paddy farmers in Punjab and about 70 percent farmers in Haryana are covered under MSP operations, in other major rice-producing states such as Uttar Pradesh (3.6 percent), West Bengal (7.3 percent), Odisha (20.6 percent) and Bihar (1.7 per cent)” the figure is woefully paltry.

Apart from being inefficient, MSP also increases inequality by favouring the larger and relatively rich farmers. The Shanta Kumar Committee on FCI Restructuring, 2015, observes that only six per cent of paddy and wheat growers have benefitted from MSP— a point cited ironically by social activist Yogendra Yadav, now at the forefront of protests, in a column for Livemint in 2018.

Therefore, to use the word ‘farmer’ as a monolithic group and define the protests as a mass agitation backed by India’s 14 crore farmers would be misleading. If only six percent farmers are in a position to avail of the MSP mechanism, that leaves the vast majority of crop growers outside its ambit. It is easy to understand why they see no merit in protests. The News18 survey finds a majority hoping that the new farm reform laws would benefit crop growers, and data showed that support for the new legislations was strong in most agrarian states, especially in Uttar Pradesh, Madhya Pradesh Andhra Pradesh and Telangana.

On the question of giving farmers the choice to sell their produce outside APMC mandis, 73 percent think it is the right decision, nearly three out of four (73.05 percent) of the respondents were in support of reforms and modernisation of Indian agriculture  with the highest support was recorded in southern states at 74 per cent.

For the new laws, the highest number of respondents from northern states expressed support at 63.77 percent followed by western states at 62.90 percent. Respondents from all zones also supported giving farmers the right to sell their produce outside APMC mandis. Overall, the new laws received backing from 53.6 percent respondents, with 56.59 percent saying it was time for the farmers to call off their protest. Almost half (48.7 percent) said they felt that the opposition to the farm reforms was politically motivated, and more than half (52.69 percent) believed that the protesting farmers should not insist on repeal of the laws and must come to a compromise with the government.

It is evident through these indicators that despite the claims made by the Opposition and the agitators, the protests against farm laws do not have overwhelming backing from the vast majority of Indian farmers, who are instead clamouring for the reforms.

The question then arises as to why the protests have become increasingly intensified and absolutist in nature despite major concessions from the Centre and continued outreach from the government. The answer is twofold.

The protest against liberalisation of agriculture is primarily political, led by an Opposition that has repeatedly failed at the electoral hustings to unseat BJP and doesn’t have an answer to Narendra Modi’s continued popularity. They have launched a massive misinformation campaign against the farm laws that stretches from peddling Leftist rhetoric against evil businessmen to claims about abolition of APMCs and mandis, ending of MSP mechanism and claims of land-grab by powerful corporates who will apparently hold the defenceless farmers at ransom.

The government has allayed fears over contract farming, issued repeated assurances that MSP mechanism will stay, APMCs will remain in place and even modernised and given guarantees that the new farm laws have prioritised the interests of farmers over private players.

Modi has been at pains to point out that the new laws have been enacted in the last six months alongside existing mechanisms and not a single APMC has been shut anywhere in the country and the government has announced MSP before sowing to ease the farmers’ concerns. In fact, in a recent address, the prime minister refuted the three “big lies” being spread about the farm laws — that MSP would be scrapped, mandis would be shut down, and the new reforms would only safeguard contract farming.

That leaves little valid ground for continued protests. Evidently, the attempt of the Opposition and a section of social activists — whose antagonistic position against the Modi government is delinked to the merit of the cause — is to create a fear psychosis in the minds of some farmers and fuel a civil unrest to crank up pressure on a government that it has been unable to challenge electorally. This political frustration is spilling over and creating the narrative against the farm laws.

The Opposition’s hypocrisy becomes clearer if we see that parties that are now instigating the agitators had promised these very reforms in the past. Clauses 11 and 12 of the 2019 Congress manifesto, under the subhead of Agriculture, Farmers and Farm Labour, reads: “Congress will repeal the Agricultural Produce Market Committees Act and make trade in agricultural produce—including exports and inter-state trade—free from all restrictions. We will establish farmers’ markets with adequate infrastructure and support in large villages and small towns to enable the farmer to bring his/her produce and freely market the same.”

Little wonder that the Opposition’s stance lacks credibility. The other reason behind the intensification of protests despite the government’s attempt to meet the protesters halfway becomes clear if we look at how the agitation is restricted to a certain geography. The APMC system has created an ecosystem of vested interests who feel threatened by the introduction of new laws that are designed to end the APMC monopoly, introduce technological intervention in market and logistics and inject dynamism in supply chain network by linking farms to agri industries.

As Aashish Chandorkar, director of Smahi Foundation, a public policy think tank, writes in Firstpost, “the real benefit of greater market access will come from exports. India has set a target of $60-billion in agriculture exports by 2022. This is where the new farm laws will help. But it will help those who are willing to look beyond their privileged MSP-led status quo lens. Farmers who want the MSP regime alive… may eventually lose out to more enterprising brethren from around the country.”

And therein lies the rub. Notwithstanding the fact that these reforms will erode the interests of commission agents, sub-agents and sundry other intermediaries and chip away at the clout of APMC members and wholesalers while reducing the revenue pie of states that taxes the sales at mandis, the majority of relatively wealthy farmers fear the unknown and the loss of monopoly. They feel apprehensive at the winds of change in a system that has served them well at the cost of keeping the majority of small and marginal farmers out of the loop.

As Arvind Panagariya, professor of economics at Columbia University, writes in The Times of India: “richer farmers, especially from Punjab, see an opportunity in the protests to extract a legal guarantee for a lucrative MSP on all sales whether to the government or private agents. Quite likely, it is this intent that has led them to allege that the real intent of the government behind the reform is to eventually withdraw procurement at MSP when in fact no such link has ever existed.”

However, the government cannot treat the protests as zero sum game. The issue presents a tough political challenge for the prime minister but he must hold the line and resist giving in to pressure tactics. Equally, given the emotive nature of the backlash and sentiment associated with the issue that has seen ageing farmers brave biting cold to stay put for nearly a month on streets, the government must go out of its way to allay the fears (both legit and unfounded) of the protestors and walk the extra mile, if needed to allow some sops without betraying the key tenets of the laws. The need of the hour is persistent, persuasive engagement with farmers. India can ill afford to cancel these reforms.