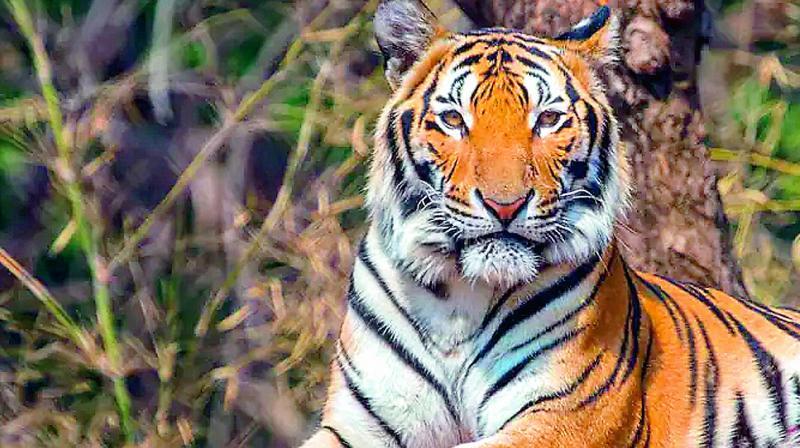 KOTHAGUDEM: A prowling tiger attacking a calf in forests abutting Gundlamadugu village under Tekulapalli mandal of Bhadradri district early on Monday morning has led to panic among people of various mandals living in and around the forests.

Bhukya Kanya and his wife, who are raising vegetables and chilli, hitherto used to stay in a hut in their field during the night-time for protecting their crops from wild boars. The tiger reached their place and caught the neck of the calf, which started mooing. Kanya and his wife came out thinking that the mooing must be because of the wild boar.

Kanya said, “We were shocked to notice the tiger that had the neck of the calf in its jaws. We focused our torchlights on to the tiger’s eyes and  threw granite stones and thick wodden sticks at it, which led to the tiger running away, leaving the calf.”

A team of forest officials led by divisional forest officer (DFO) Appaiah visited the spot and interacted with the farmer couple. The seriously injured calf has been shifted to a veterinary hospital for treatment. Four bite marks of the tiger can clearly be seen on the neck of the calf, which is critical. The calf is unable to graze, a veterinarian said.

The DFO has asked farmers not to stay in their fields at night-time due to moving of the big cat in the district. Appaiah maintained that it is difficult to track moments of a tiger, as it may go in any direction.

“It is a new area for the big cat. It may visit any habitats within the forest for its prey. People should be careful and take all precautionary measures to protect themselves”, he added.