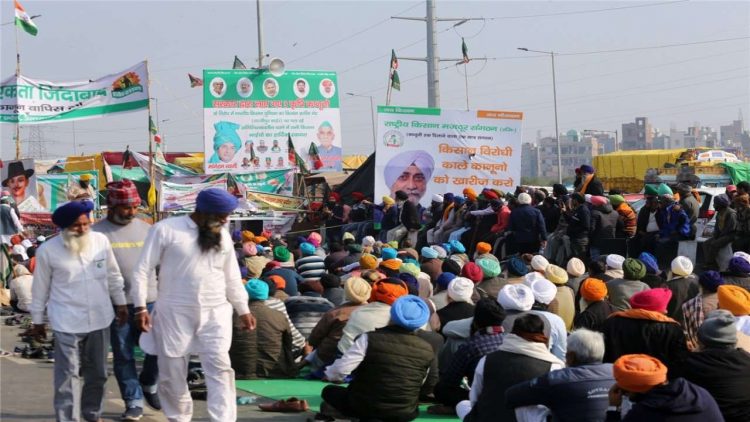 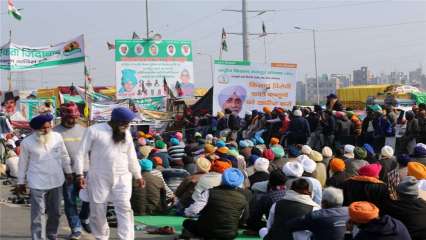 As the ongoing farmers agitation entered its 31st day on Saturday, a group of 40-farmer union leaders on Saturday announced that the government-farmer dialogue will resume with the sixth round of talks on Tuesday. The group reiterated that the repeal of the three contentious farm Acts and the Electricity (Amendment) Bill, 2020 was their “first and foremost” demand followed by all other issues.

The meeting will be held at 11 a.m. at Vigyan Bhavan in Central Delhi– the same venue where previous rounds of talks were held. Past five round of talks have remained inconclusive with the farmers adamant on the repeal of the three farm laws and the government saying it can amend the laws but withdrawal isn`t possible.

The Union Agriculture Ministry in an official letter also confirmed the resumption of talks mentioning a four-point agenda of the meeting that includes “modalities to be adopted for the repeal of the three Central farm acts; mechanisms to be adopted to make remunerative MSP (Minimum Support Price) recommended by the National Farmers` Commission into a legally guaranteed entitlement for all farmers and all agricultural commodities; amendments to be made and notified in the `Commission for the Air Quality Management in National Capital Region and Adjoining Areas Ordinance, 2020` to exclude farmers from the penal provisions of the Ordinance; and changes to be made in the draft Electricity (Amendment) Bill 2020 to protect the interests of farmers”.

After a meeting at Singhu border– a major protest venue at the Delhi-Chandigarh border– the AIKSCC reiterated that the “first and foremost demand of the farmers of India is to repeal of three farm Acts and the Electricity Bill, 2020, every other demand only follows this”.

Farmers have been agitating for years, under AIKSCC for “MSP at C2+50% for all crops and all farmers and waiver of debts of all farmers and landless agriculture workers, adivasis” Comprehensive Cost (C2) is the actual cost of production as it takes into account for rent and interest foregone on the land and machinery owned by farmers.

“But instead of solving these problems, the Modi government came up with the three ordinances and the EB 2020, which erodes all current benefits and securities and creates legal structure for control by corporates over farming processes, input sales, machinery, crop purchase, storage, transport, processing and sale of food. This will indebt the farmers further, suicides will rise, crops will become cheap while food will become costly and hoarding and black marketing will rise,” the AIKSCC said in a statement.

What will be the agenda of the meeting?

The farmers are steadfast on their demands to lay out a process to repeal the three farm laws. They also want amendments to be made to an ordinance on air pollution to exclude farmers from punishment. They also wanted changeds to be made to the draft Electricity (Amendment) Bill 2020 to protect the interests of farmers.

What is the farmers’ current mode of action?

The farmers are adamant on their demands, while the government is repeatedly claiming to find a solution through negotiations.Earlier this week, they started a relay hunger strike. A group of 11 fasts every day for 24 hours.Protesting farmers extended their full support to the relay hunger strike. One of the farmers said, “Whatever our leaders will decide we will follow that.” Another farmer said, “The protest will end only after the laws are revoked, we will not move from here with anything less than that.”

Farmers protest has been going on at the Delhi borders for over 30 days now. During his address to the farmers, Modi laid bare the opposition’s contradiction in front of everyone. Around 11.4 crore farmers are registered under the PM-Kisan Yojana but 70 lakh farmers in West Bengal are unable to get benefit of this scheme. Modi made it clear that the West Bengal government was responsible for these farmers not getting the benefit of the PM-Kisan scheme.

PM Modi targeted the opposition’s policy which are very much anti-farmer. He further accused the oppositon of spreading lies and rumours about farmers’ troubles.”

Here is PM Modi’s promise to the farmers?

December 25 was not only Christmas but also ‘Good Governance Day’ celebrated on former Prime Minister Atal Bihari Vajpayee’s birthday. On this occasion, PM Modi handed out Rs 18000 crore to 9 crore farmers all across India as part of PM-Kisan initiative.

The Prime Minister assured that MSP was there, is still there and it will continue to be there. He also assured that APMC mandis will not shut down. The third big thing that he said was that at the time of ‘contract farming’ the farmers will get legal safety.

PM Modi assured that no one will be able to illegally lay claim to any farmer’s land.

Who are the major political leaders lending their voice to the farmers’ agitation? Many opposition leaders including Former Congress chief Rahul Gandhi have supported the farmers’ agitation. The 50-year-old leader met President Ram Nath Kovind on Thursday over the issue. Chief Ministers of Punjab, Delhi, Kerala and West Bengal have also showed their support to the farmers agitating over the new laws.