Farmers’ Agitation: Protester Who Turned Off Water Cannon Charged With Attempt to Murder 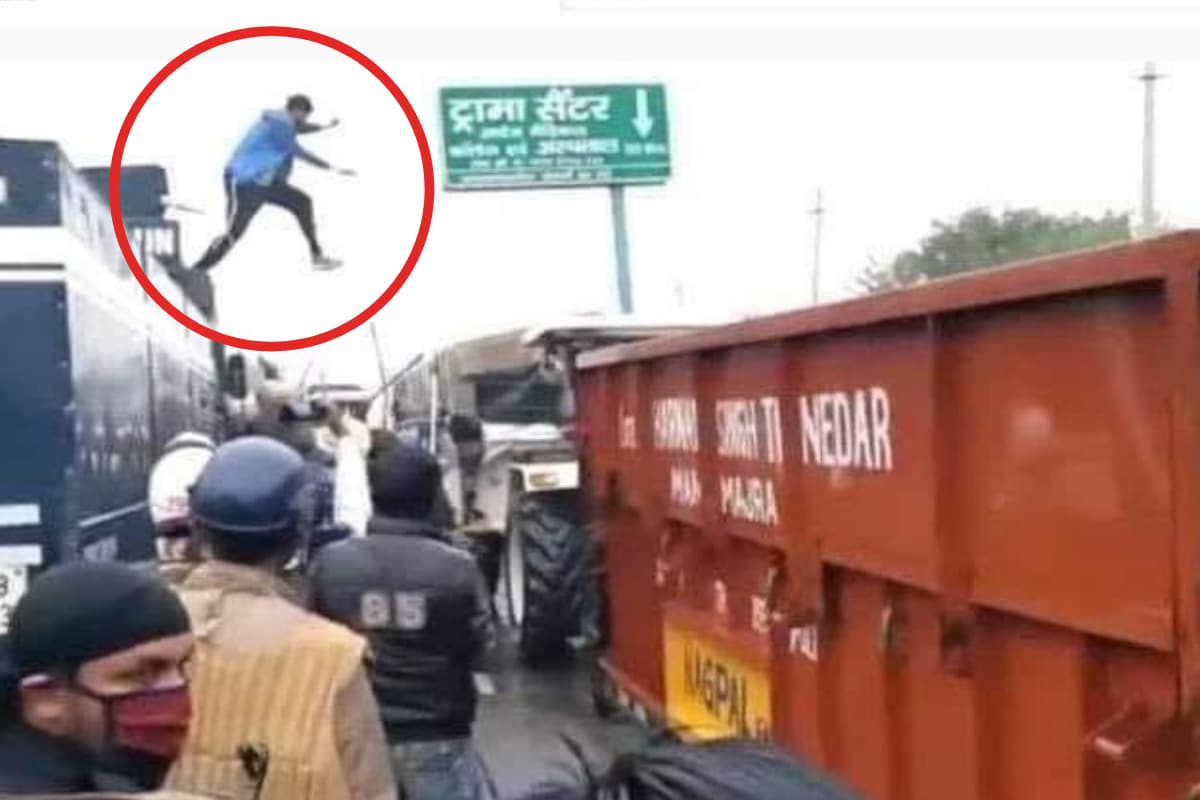 A young protestor from Ambala, who was seen jumping and climbing onto a police water cannon vehicle to turn it off, has been booked under charges of attempt to murder which carries a maximum penalty of life imprisonment, rioting and violation of Covid-19 guidelines.

The protestor has been identified as 26-year-old Navdeep Singh, son of a farmers’ body leader Jai Singh. In a video doing rounds on social media, Navdeep can be seen scaling up a blue colour water canon, turning it off and then jumped on a tractor trolley standing nearby.

Speaking to The Times of India, Navdeep in his defence said he was just trying to protect farmers from being hit by water in such cold weather. “After my studies, I started doing farming with my father who is a farm leader. I never indulged in any illegal activities and got courage from the commitment of protesting farmers to climb the vehicle and turn off the tap as it was hurting them,” he said.

Braving tear gas shells and water canons they camped at the Delhi borders for several hours, making multiple attempts to break barricades and resorting to stone pelting, but agitating farmers continued with their fight against the new farm laws.

Carrying flags and shouting slogans, thousands of farmers gathered at various entry points into the national capital in a determined bid to push their way through as part of their ‘Delhi Chalo’ march while police blocked them with barricades, teargas shells and batons. Police resorted to lathicharge for a brief time to control protesters who broke barricades. Hours later, they were granted permission to enter Delhi and stage a peaceful protest at Nirankari ground in Burari.

Punjab farmers, representing over 30 farm bodies, had announced that they will go to Delhi through several routes — Lalru, Shambhu, Patiala-Pehowa, Patran-Khanauri, Moonak-Tohana, Ratia-Fatehabad and Talwandi-Sirsa. Tension was escalating at all the border points. Farmers had assembled near the borders in tractor-trolleys laden with rations and essentials for their proposed march. Authorities in Haryana have imposed prohibitory orders under Section 144 of the Criminal Procedure Code (CrPC) in several parts of the state to prevent assembly of the protesters.

Punjab farmers are demanding the repeal of the new farm laws, which, they said, should be replaced with another set of legislations framed after wider consultation with the stakeholders. They also want a guarantee on the minimum support prices.

R Madhavan turned down My Name is Khan for this movie, READ MORE