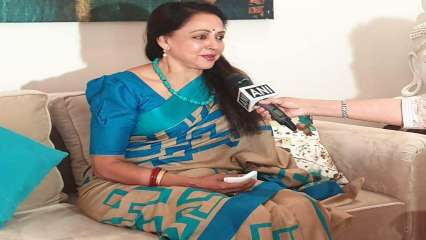 Amidst a deadlock between the Centre and the farmer unions on the new agri laws, security has been beefed up near the residence of some of the ministers and MPs. This has been done in the wake of farmers and Opposition parties warning of protests and gherao of the residence of ministers and MPs. The farmers too had said that they would gherao the BJP and NDA leaders.

Keeping this in mind the administration is taking necessary precautions. As per reports, a security cordon has been put at the residence of MP Hema Malini in Omaxe Colony in Vrindavan. The security has been beefed up with PAC and police force not just guarding the house but is also deployed at the entrance of the colony.

A decision on the government’s offer for fresh talks to resolve the deadlock over contentious farm laws is likely to be taken later in the day by protesting farmer unions who urged people on Wednesday to skip one meal on ‘Kisan Diwas’.

Earlier in the day, Congress held a statewide protest across Uttar Pradesh in support of the farmers’ agitation on Wednesday, marking the birth anniversary of former Prime Minister Chaudhary Charan Singh.

In a statement issued here on Tuesday, the UP Congress had said that its party workers will ‘gherao’ offices and residences of BJP MPs, MLAs and public representatives in the state in support of protesting farmers, and also hold demonstrations by clapping and and beating steel plates.

Meanwhile, farmers in Haryana’s Ambala showed black flags to CM Manohar Lal Khattar, when his convoy was passing by. The farmers raised slogans against the government, saying that they would continue to protest until all the three farm laws are repealed.

The farmers who are protesting around the National Capital, have made it very clear that they will gherao all the BJP leaders in the state of Punjab and Haryana.

On December 25, Prime Minister Narendra Modi will address some farmers virtually, which will be the 30th day of the ongoing farmers’ protests in the National Capital region, starting from November 26. Before that, a decision on the next round of talks with the Centre is likely as the government has already invited them and now it’s on the protesters to fix a date.