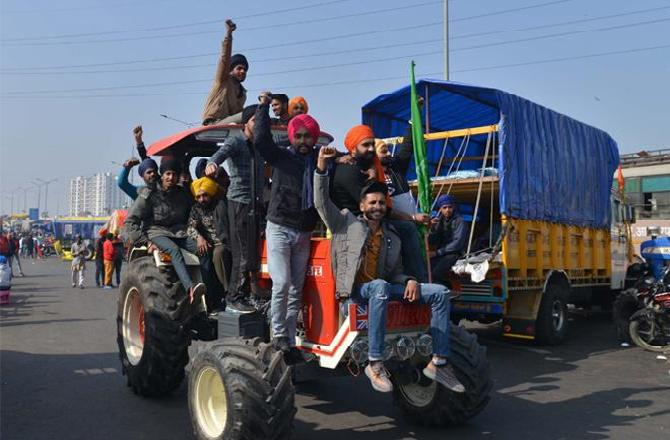 A group of farmers from Maharashtra on Saturday joined protesters at one of the borders of Delhi, an All India Kisan Sabha (AIKS) leader said and added that tillers have expressed willingness to discuss issues with the government but wanted ceretain clauses from the three agri laws removed.

On Monday, thousands of farmers from Maharashtra had left for Delhi from Nashik in vehicles to join the ongoing agitation seeking the repeal of the legislations.

“We received a rousing welcome at a New Delhi border. Farmers sitting on protests here welcomed us and thanked us for joining them,” All India Kisan Sabha secretary, Maharashtra, Ajit Navle, said in a statement.

The farmers from Maharashtra, who started off in private vehicles from Nashik on Monday, were led by leaders of the Kisan Sabha.

According to the Kisan Sabha, cultivators from 21 districts in Maharashtra had joined the “vehicle march” to Delhi.

Enacted in September, the three farm laws have been projected by the Central government as major reforms in the agriculture sector that will remove the middlemen and allow farmers to sell anywhere in the country.

Multiple rounds of talks held between the government and the protesting farmers, mostly from Punjab and Haryana, have failed to break the ongoing impasse.