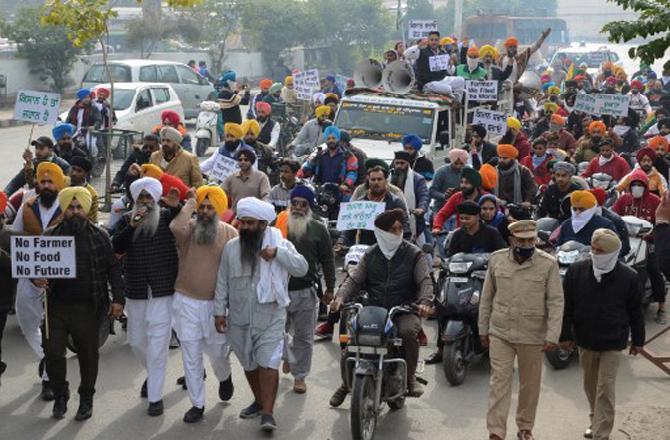 Union Agriculture and Farmers Welfare, Rural Development, Panchayati Raj and Food Processing Industries Minister, Narendra Singh Tomar, on Tuesday said that the farmers have started benefiting from the reforms introduced in the agriculture sector through the new laws brought by the Central government.

He was speaking as the Chief Guest at the Agri-Food Processing summit organised by the Agrovision Foundation through virtual medium.

Presiding over the programme, Road Transport and Highways as well as Micro, Small and Medium Enterprises Minister Nitin Gadkari said that due to the Central government’s plans, there would be a lot of employment opportunities created in the agricultural and food processing sector in the near future.

Addressing the inauguration ceremony of the summit, Tomar said the livelihood of almost half of India’s population is dependent on agriculture and is directly linked to the progress of the agro-economy, the country’s development and the country’s economy.

Agriculture is the backbone of the rural economy and the government under the leadership of Prime Minister Narendra Modi is constantly working for the prosperity of the agricultural sector, Tomar added.

He said, “The government enacted new agricultural laws and made significant amendments in the Essential Commodities Act as well and the farmers have started reaping its benefits.”

There is a demand for repealing these laws by the farmers’ organisations, who have been agitating at the borders of the national Capital since November 26. Regarding the farmers agitation, the Agriculture Minister said, “There are some farmer organisations which are protesting and we are explaining the benefits of these farm laws to the farmers. In the coming years, the agricultural sector will benefit from these reforms that will prove to be highly beneficial for the farmers.”

“This new world of FPOs is going to be created, which will revolutionise the lives of farmers. The Union government is going to spend Rs 6,850 crore on these FPOs in the next five years. Through the FPOs the cost of farming will be reduced, farmers will make use of technology fully and they will be attracted towards costly crops, which will raise their standard of living and ultimately benefit the country,” Tomar added.

He said the Union government has created an agriculture infrastructure fund of Rs 1 lakh crore and as the basic infrastructure will be ready in the villages from this fund, the farmers will start benefiting from it.

The Minister said private investment in agriculture will increase and if there are cold storage chains in village after village, then farmers would be able to sell their produce even after a delay. The Union government has implemented many schemes and programmes to deal with the challenges of climate change, he added.

He said that the Mega Food Park scheme is being given prominence and the roadblocks in its way are being removed.

Tomar said the Ministry of Food Processing has set a target of creating a strong modern infrastructure network with an allocation of Rs 6,000 crore under the Pradhan Mantri Kisan Sampada Yojana (PMKSY). Since 2014 under the PMKSY, the Ministry has approved 640 projects, of which nearly 250 have been completed.