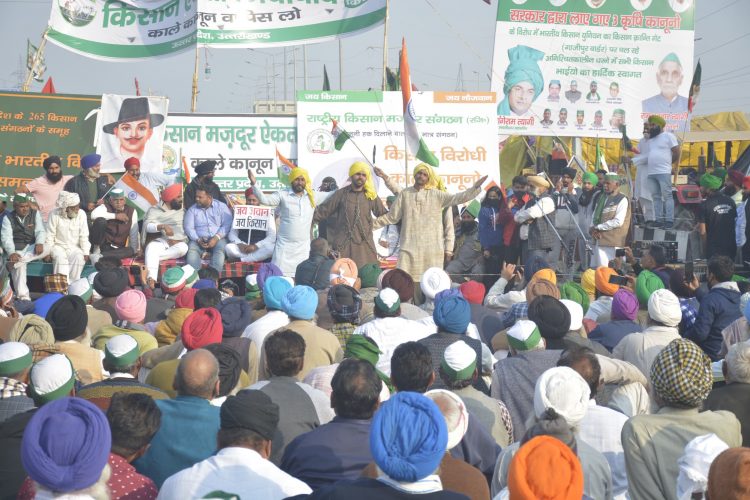 The ongoing protest by Indian farmers cannot continue indefinitely or it will set back the country’s economic recovery from the Covid-19 pandemic, one Indian government minister told CNBC on Monday.

Thousands of Indian farmers have protested for weeks against three farm reforms that were enacted into law this year. Protesters claimed the new measures would lower crop prices and hurt their earnings.

The protests have hurt agriculture and its related industries, according to India’s union minister of civil aviation, Hardeep Singh Puri.

“This impacts not just agriculture but also other allied areas, and certainly there’s a damage,” Puri told CNBC’s Tanvir Gill, when asked how much the protests disrupted agricultural output.

“We have to get on. And after the Covid when the economy is slowly coming back to pre-Covid levels, there’s a revival of demand, production, etc. We shouldn’t allow (the protests) to continue indefinitely, to provide a further setback to our revival efforts,” he said on Tuesday.

Farmers gather at the border connecting Delhi and Uttar Pradesh in protest against new farm laws.

The minister, who is also with the ministry of housing and urban affairs, defended the farm reforms. He reiterated the government’s position that the measures will benefit farmers, and blamed parties with “vested interest” for fueling farmers’ apprehension over the reforms.

Puri said that key measures such as minimum support prices will remain. Minimum support prices or MSPs are prices set by the Indian government to buy certain crops — thereby guaranteeing farmers a minimum profit for their harvest regardless of market conditions. Unions fear that farmers may get paid less for their crops if the system is removed.

Economists generally agree that India’s agricultural sector needs reforms. Agriculture is the primary source of livelihood for about 58% of India’s population but accounts for around 15% of GDP.

The government has met farmer representatives several times to try to resolve any grievances on the reforms — and is committed to doing so again, said Puri. The minister said he thinks the government’s message to farmers is “beginning to seep home.”

I’m sure that the farmers, who are a very productive segment of our society, will sit down with the government, and we will find a way forward.

“Any problem, no matter how serious it is, you can always find a solution. And the government is committed to finding the solution,” he said.

“And I’m sure that the farmers, who are a very productive segment of our society, will sit down with the government, and we will find a way forward.”

The protests come at a time when the Indian economy is reeling from the effects of the Covid-19 pandemic. India’s economy shrank by a record 23.9% year-on-year in the April-to-June quarter following a strict nationwide lockdown to contain the spread of coronavirus. The economic contraction narrowed in the quarter ending in September, with the economy shrinking 7.5% from a year ago.

Still, the International Monetary Fund projected in October that the Indian economy would shrink 10.3% in the current fiscal year ending in March 2021.