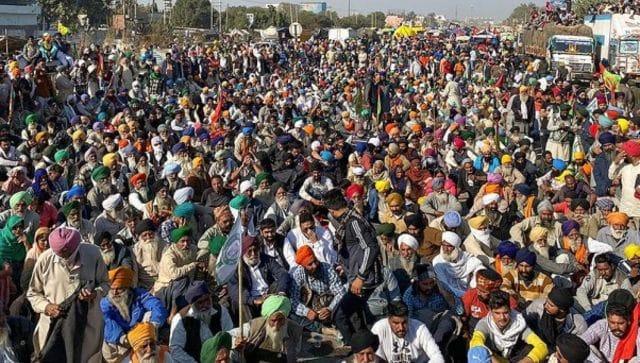 Farmers’ Protest LIVE Updates: Prime Minister Narendra Modi’s address at 2 pm will be via video link and will be telecast to around 23,000 villages, officials said on Friday 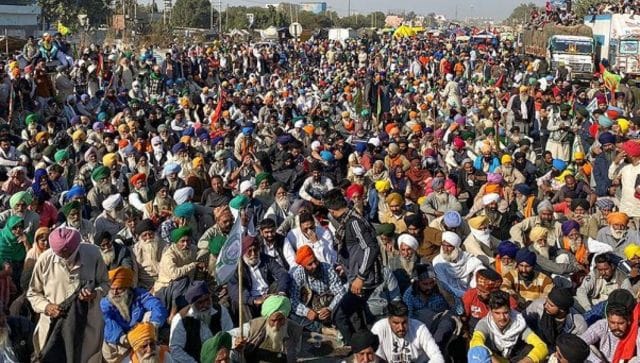 Farmers’ Protest LATEST Updates: Prime Minister Narendra Modi’s address at 2 pm will be via video link and will be telecast to around 23,000 villages, officials said on Friday.

The agitating farmer unions at the Delhi borders on Thursday said that they will consult lawyers on the ongoing proceedings of the Supreme Court related to their protests against three farm laws before taking any decision.

DMK President MK Stalin questioned the Centre why the agri reforms were being brought into place without any discussion. He said, “The central government said that those protesting against the farm laws are anti-nationals. We condemn it. We stand in support of the farmers.”

Prime Minister Narendra Modi will speak about the “beneficial provisions” of the new farm laws during his virtual address to the farmers of Madhya Pradesh on Friday as part of a state-level programme, a senior official said.

An official of the Madhya Pradesh Public Relations Department on Thursday said Modi would address the farmers in the state around 2 pm.

Nearly 20,000 farmers will take part in the state-level programme in Raisen, he added.

Accusing the Congress and other opposition parties of spreading falsehood about the new farm laws, union agriculture minister Narendra Singh Tomar on Thursday appealed to the agitating farmers not to fall prey to the “white lies” and said the Centre was ready to address all their concerns.

In an apparent attack on the left parties, the minister said they were still speaking the language they used in 1962 when India went to war with China.

The minister, in an eight-page open letter to farmers, said the Modi-government was committed to their welfare and stressed that the new legislations were aimed at benefitting small and marginal farmers.

Assuring that the minimum support price (MSP) will continue and the existing mandi system will be strengthened, the minister appealed to the farmers to dismiss “white lies being spread by politically motivated people”.

Tomar, who is leading the negotiation with about 40 farmer unions along with Food Minister Piyush Goyal and Minister of State for Commerce Som Parkash, asserted that there were no provisions in these laws for corporate firms to take control of farmers’ lands.

“Many farmers’ unions have supported farm laws. But some farmer groups have created confusion. Being an agriculture minister, it is my duty to remove misconceptions and address concerns of every farmer. It is also my duty to expose the conspiracy being hatched around Delhi and present the truth and facts before you,” he said in the letter.

Will not interfere with farmers’ stir at this stage: SC

Affirming that the right to protest is part of a fundamental right, the Supreme Court on Thursday said it will not interfere at this stage with the farmers’ ongoing stir, and the agitation should be allowed to continue without impediment and without any breach of peace either by the protestors or the police.

In its bid to break the deadlock between the Centre and the farmers, the apex court mooted the idea of putting the three contentious farm laws on hold. However, the Centre opposed the suggestion with Attorney General KK Venugopal saying the farmers would then not come forward for the negotiations.

The government’s top law officer told the bench headed by Chief Justice SA Bobde that he would get back after taking instructions on keeping on hold implementation of the laws. The two sides have held five round of talks so far.

As it acknowledged the right to non-violent protest of farmers and also explored options to find an effective solution to end the impasse, the court said it wanted to set up an “impartial and independent” panel of agriculture experts and farmer unions but did not pursue the suggestion as agriculturists’ bodies, impleaded as parties by it on Wednesday, could not appear today to give their views.

The agitation for the repeal of the three farm laws at Delhi’s border points entered the 22nd day.

At a protest site near the  Tikri border, Jai Singh, a 38-year-old farmer from Punjab was found dead on Thursday morning, police said.

An official of the Bahadurgarh police said the body was sent to the Bahadurgarh civil hospital in Jhajjar district of  Haryana added that the exact cause of the death could be ascertained after a post mortem.

Singh’s brother suspected that he might have died of heart attack.

In Delhi, the state Assembly passed a resolution against the laws through a voice vote, with Kejriwal saying he cannot betray the farmers and tearing copies of the reforms.

Addressing the Delhi Assembly, the chief minister also alleged the laws have been made for “electoral funding of the BJP and not the farmers”.

“I am a citizen of this country first, a chief minister later. This Assembly rejects the three laws and appeals to the central government to meet the demands of the farmers,” he said.

Kejriwal further said 20 protesting farmers have died so far and asked when would the Centre “wake up”. He also questioned the urgency of passing the bills during the COVID-19 pandemic and alleged it was done without voting.