Farmers’ Protest LIVE updates: Farmers on Monday began a day-long ‘relay hunger strike’ at all sites of protest on Delhi’s borders with Haryana and Uttar Pradesh 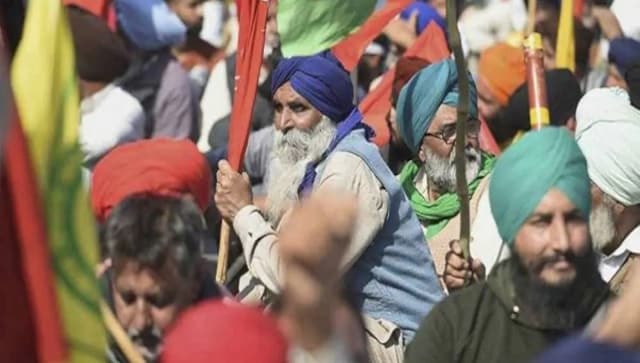 Farmers’ Protest LIVE updates: Farmers on Monday began a day-long ‘relay hunger strike’ at all sites of protest on Delhi’s borders with Haryana and Uttar Pradesh

Farmers from Maharashtra will organise a vehicle march from Nashik to Delhi on Monday, in an agitation which is expected to crank up further pressure on the Central government.

The Centre, penning a letter to farmers unions on Sunday, invited them for the next round of talks at New Delhi’s Vigyan Bhawan and asked them to choose a date as per their convenience, according to several media reports.

As per The Economic Times , the letter from the agriculture ministry to farmer leader Darshan Pal and all other farmer leaders who were part of earlier talks, stated, “Please inform us of your remaining concerns and inform us of a date convenient to you for a meeting at Vigyan Bhawan so that a solution can be arrived at and the present agitation ends soon.”

He said the Centre is making all efforts to find appropriate solution to resolve all the issues raised by the farmers with an open mind. Previous five rounds of formal talks between the government and 40 farmer unions have failed to break the deadlock with the farmers insisting on repeal of the Centre’s three laws.

The farmers’ protest against the Centre’s three agriculture-related laws entered its 25th day on Sunday with Home Minister Amit Shah stating that Union Agriculture Minister Narendra Singh Tomar would likely meet farmer unions agitating at the borders of the National Capital in a day or two and cultivators upping the ante by declaring that they will observe a day-long hunger strike on Monday at all protest sites.

Farmers further vowed to halt toll collections on Haryana highways from 25 to 27 December.

Swaraj India chief Yogendra Yadav, addressing a press conference at the Delhi-Haryana Singhu border, said the protest “will be started by a team of 11 members at protests sites here, including the Singhu border” and added that “we appeal to everyone at all protest sites across the nation to participate in the same”.

Yadav claimed that protesters are being threatened by the Haryana government. “This is against the direction of the Supreme Court. I urge them to stop harassing farmers,” Yadav said.

The Supreme Court on Thursday had said that the farmers’ agitation should be allowed to continue “without impediment” and this court will not “interfere” with it as the right to protest is a fundamental right. It had also put a sole caveat that there should not be any breach of peace either by farmers or police.

While announcing the next move by protesting farmers after their hunger strike, farmer leader Jagjeet Singh Dalewala said farmers will halt toll collection on highways in Haryana from 25 to 27 December.

Leaders of the Samyukta Kisan Morcha said they would reach out to the NDA constituents to urge them to compel the BJP to withdraw the three legislations and also asked people to clang utensils on 27 December during Prime Minister Narendra Modi’s “Mann Ki Baat” radio address as a mark of protest, reported The Hindu.

Farmer leader and senior BKU member Rakesh Tikait, who was also part of the press conference, said that farmers protesting the new agri laws will celebrate Kisan Diwas on 23 December and “we request people to not cook lunch for a day”.

Earlier in the day, cultivators in Punjab and Haryana observed ‘Shradhanjali Diwas’ on Sunday to pay homage to their brethren who died during the ongoing agitation and lit candles in their memory. Farmers’ bodies have claimed that over 30 farmers participating in the stir have died so far due to different reasons including heart attack and in road accidents.