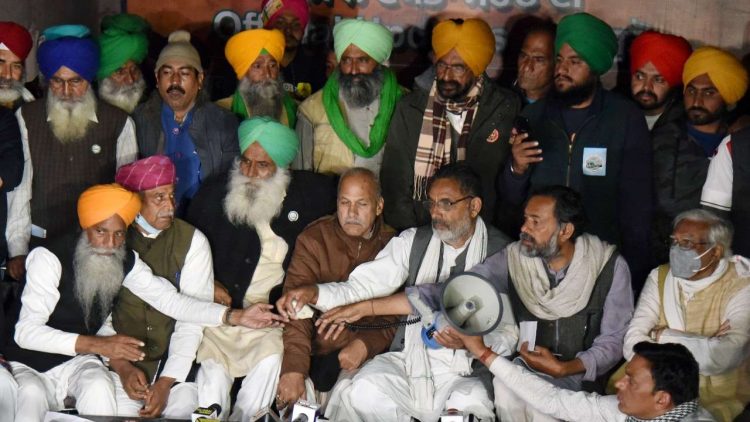 The Sanyukt Kisan Morcha (coordination committee of the farmer unions) on Wednesday (December 23) responded to the proposal sent by the Central Government, saying they are ready to talk but the government must stop defaming their protest movement.

“We want to assure you that the protesting farmers and farmers` organisations are ready for talks with the government and are waiting for when the government should proceed with this open mind and clear intention,” a letter addressed to the Joint Secretary, Ministry of Agriculture from the unions said.

“You (Government) are requested to send a concrete proposal in writing instead of repeating the rejected proposals for such baseless amendments so that it can be made an agenda and talks can be restarted at the earliest,” the Sanyukt Kisan Morcha said.

The letter further stated that it is not hidden from anyone that the government is trying to portray the ‘peaceful, grassrooted and lawful struggle’ of the farmers of the entire country as “separatists and extremists” and paint their protest in sectarian and regional colours and portray them in absurd and irrational forms.

“The truth is that the farmers have negotiated cleanly, but the government has resorted to such tricks,” the letter read.

Six rounds of talks have already taken place between the farmer leaders and the government but the same didn`t bear any result. The farmers are protesting against the Farmers (Empowerment and Protection) Agreement of Price Assurance and Farm Services Act, 2020; Farmers Produce Trade and Commerce (Promotion and Facilitation) Act, 2020 and The Essential Commodities (Amendment) Act 2020.

The laws allow farmers to sell their produce at places apart from their designated APMC markets. They also aim at allowing contract farming under which farmers can enter into supply agreements with private firms for remunerative and pre-decided prices.

However, the farmers believe the new farm laws would pave the way for the dismantling of the minimum support price system (MSP), leaving them at the mercy of big corporates.

Meanwhile, farmer union Kisan Sena said thousands of its members from western Uttar Pradesh will march to Delhi on Thursday in support of the Centre’s new agriculture laws.

The march will have members joining from the Braj area, which includes districts like Mathura, Agra, Firozabad, Hathras and also have supporters joining from Meerut and Muzaffarnagar in western UP, the union said.