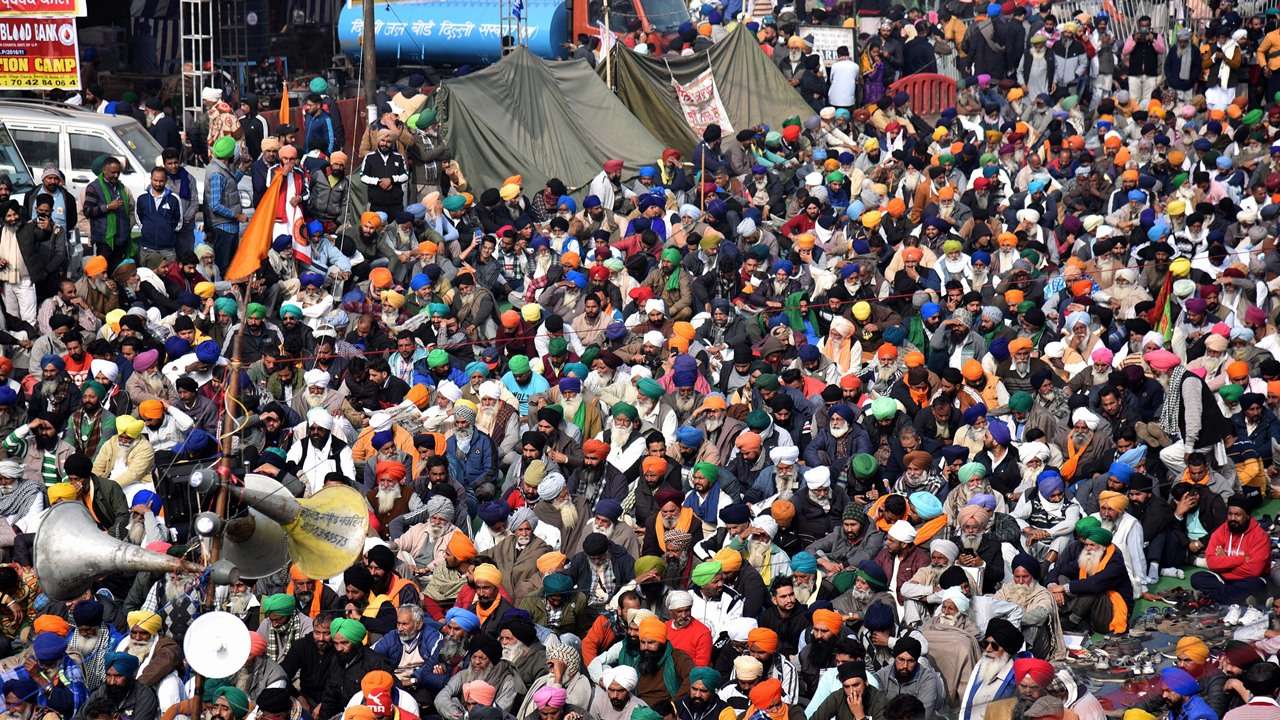 The Supreme Court on Wednesday proposed the formation of a committee of representatives of the government and farmers to discuss the farmers’ issue and resolve it. The court was hearing a plea seeking removal of farmers who are protesting at Delhi borders against the government’s new farm laws.

Adjourning the hearing for Thursday, the apex court noted that it is necessary to resolve the deadlock.

A bench of Chief Justice SA Bobde and Justices AS Bopanna and V Ramasubramanian, who was hearing the matter, observed that the situation warrants an urgent resolution measures through negotiations, in the backdrop of the agitating farmers at the Delhi borders not appearing to be in a mood to talk. The top court apprehended that the protest could become a national issue and emphasized for reaching a solution via negotiations through this committee.

The Supreme Court also told Solicitor General Tushar Mehta that it intends to set up a committee comprising representatives of farmers unions across India, government and other stakeholders to resolve this issue, adding “because this will soon become a national issue and with Government, it won’t work out it seems.”

The top court issued notice to the Centre and state governments of Punjab and Haryana on the pleas seeking removal of farmers, who have blocked various Delhi borders. The petitioner during the hearing cited top court order in the Shaheen Bagh matter, where it had said that the ‘protesters cannot block public roads’.

It also asked Solicitor General to give names of some farmers organisation representatives to join them as parties in proceedings before it.

The court’s statement came after Solicitor General said the government is in talks with farmers. BKU and some others are protesting at the site but some other elements have joined the protests, Mehta said without identifying them.

Three petitions have been filed in the apex court regarding the agitation. A petition filed by law student Rishabh Sharma has demanded the removal of farmers from the borders of Delhi, saying that roads are being blocked by this. Emergency and medical services are being disrupted. The petition said that the protesters should be shifted to the fixed place allotted by the government.

The petition has claimed that the Delhi Police had, on November 27, allowed the protesters to hold a demonstration peacefully at the Nirankari ground in Burari here, but despite that, they have blocked the borders of the national capital.

“Because of the ongoing protest at Delhi’s borders, the roads have been blocked by the protesters and the border points have been closed, which have affected vehicular traffic and people who are travelling to and from Delhi to get medical treatment in reputed government and private hospitals,” it added.

Another petition said that the Supreme Court should direct the central government to consider the demand of farmers.

Notably, the farmers’ agitation against agriculture laws has entered 21st day and farmers continue to camp on all the borders of Delhi for withdrawal of laws despite the freezing weather.