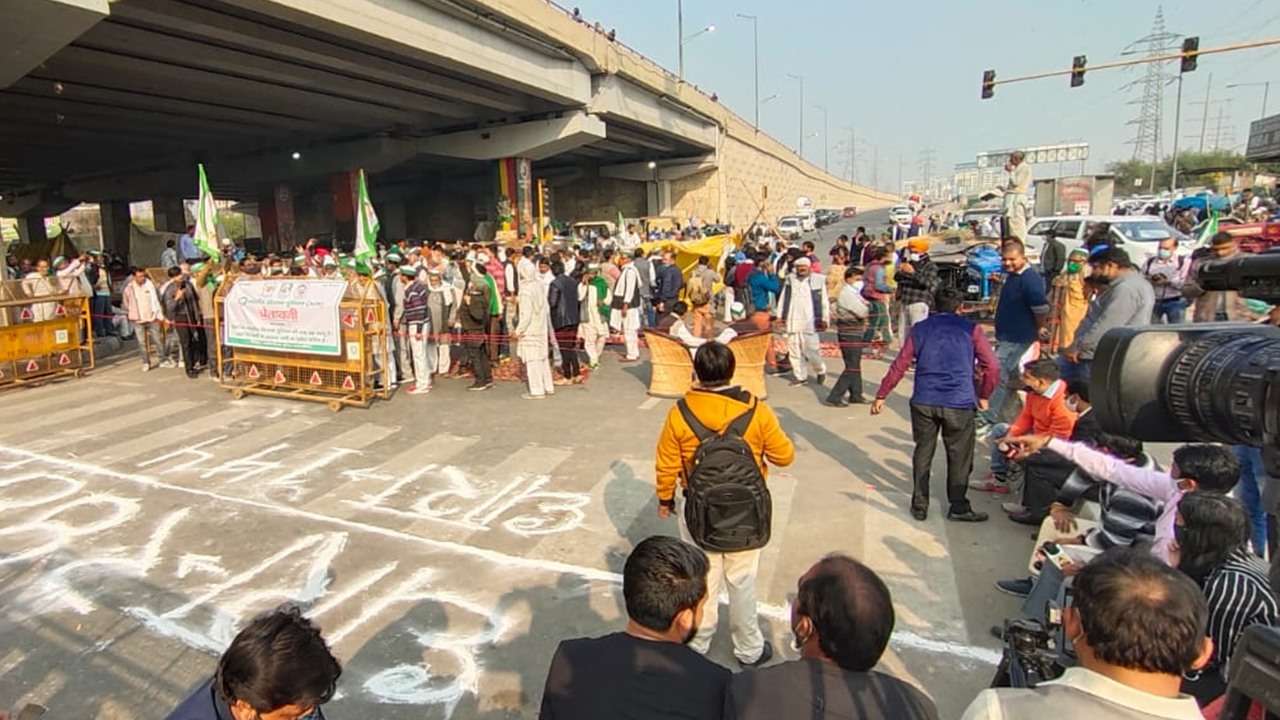 In view of the ongoing farmers’ agitation in the national capital, the Delhi Traffic Police on Tuesday appealed to citizens to take alternative routes as the Singhu (Delhi-Haryana) and the Tikri Borders remained closed due to the protests.

Meanwhile, the protesting farmers have said they will not talk with the government till all 500 plus organisations, that are demonstrating against the three central farm laws, are called for talks.

“Instead of going to open jail in Burari, we’ve decided that we will gherao Delhi by blocking five main entry points to Delhi. We’ve got four months ration with us, so nothing to worry. Our Operations Committee will decide everything,” said Surjeet S Phul, President, Bharatiya Kisan Union Krantikari (Punjab).

The response comes a day after the union government proposed December 1 as the new date of talks with the leaders of protesting farmers on their concerns about the three new farm laws with the decision taken after high-level deliberations.