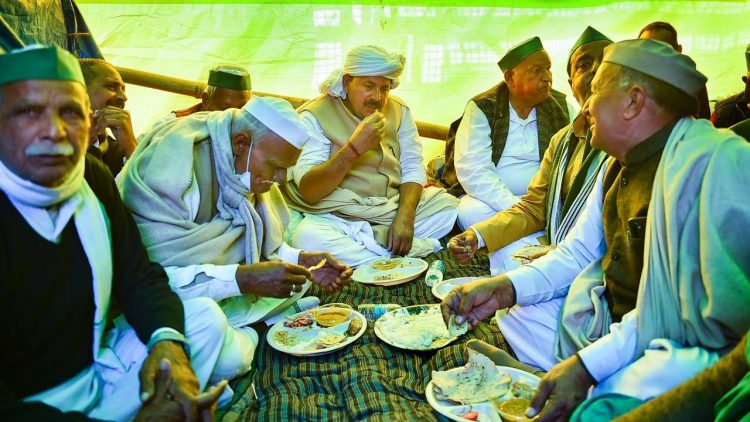 The next meeting will take place on January 4. “Today’s talks were held in a very good environment & it concluded on a positive note. Consensus on 2 out of 4 issues was reached between both sides,” Union Agriculture minister Narendra Singh Tomar said after the meeting.

The government agreed to keep farmers out of purview of fines for stubble burning, accepted demands on Electricity bill and talks will continue on agriculture laws and MSP. The farmers wanted amendments to be made and notified in the Commission for the Air Quality Management in National Capital Region and Adjoining Areas Ordinance, 2020 to exclude them from its penal provisions. They also wanted withdrawal of the Electricity Amendment Bill 2020 to protect their interests.

“Considering the chilly weather in Delhi, I have requested the farmer leaders to send home the elderly, women and children. The next round of talks will be held on January 4,” Tomar added.

“Farmers feel that if reform is introduced in the Electricity Act, they’ll suffer loss. Unions wanted that electricity subsidy given to farmers by states for irrigation should continue. The consensus was reached on this issue also,” the Agriculture minister informed.

Tomar also informed, “There were 4 points on agenda today, out of which 2 points have been agreed upon. Talks concluded on a very good note, which further resulted in the formation of a healthy environment. Unions want 3 farm laws to be repealed.”

Punjab Kisan Union state president Ruldu Singh Mansa said the government was not agreeing to give legal backing for the MSP procurement and has rather offered to set up a committee on options for proper implementation of MSP, but the proposal did not find much favour with the unions.

Bharatiya Kisan Union (BKU) leader Rakesh Tikait also said the government has agreed not to implement the proposed electricity amendment bill and also the ordinance relating to air pollution due to stubble burning. After around two hours of discussions, the ‘langar’ (community kitchen) food arrived in a van at the meeting venue, Vigyan Bhawan just before the two sides took a break for lunch.