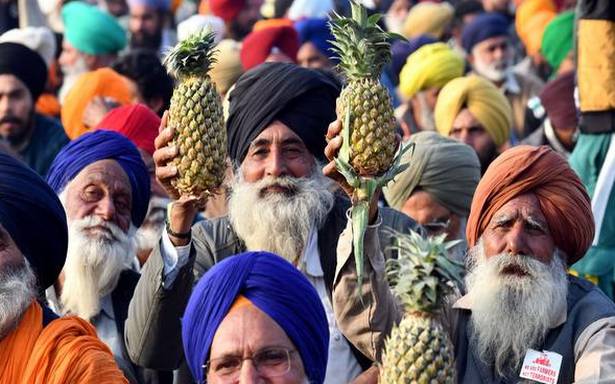 Thousands of farmers from Rajasthan, Haryana and Madhya Pradesh have been protesting on the Jaipur-Delhi highway since December 13

A section of young farmers have broken through the police barricades at the Rajasthan-Haryana border and are moving on the road towards Delhi. Haryana Police attempted to stop them, using water cannons and tear gas, while protest leaders say they appealed to them not to break the barricades.

Thousands of farmers from Rajasthan, Haryana and Madhya Pradesh have been protesting on the Jaipur-Delhi highway since December 13, when police prevented them from heading further towards the capital to join the Dilli Chalo agitation against three contentious farm reform laws.

About 25 tractors broke the barricades at Shahjahanpur on Thursday afternoon, according to Rajesh Chechi, Deputy Superintendent of Police, Bawal. The police used water cannons and tear gas to try and stop them, but there was no lathi charge, he said. The next barricade is 16 kilometres away on the Jaipur-Delhi highway, and the police will attempt to halt them there, he added.

“There were about 12-15 tractor trolleys with a group of youth from Ganganagar who broke the barricades. They got impatient and said they were going to Delhi,” said Ashutosh, spokesperson for the All India Kisan Sangharsh Coordination Committee, one of the platforms leading the protest.

“We appealed to them not to break the barricades, as that is the policy of the Samyukt Kisan Morcha, that we will sit and protest wherever we are stopped by police, but they were impatient. The police closed the barricades again, and the mass of protestors is still sitting at Shahjahanpur,” he added.