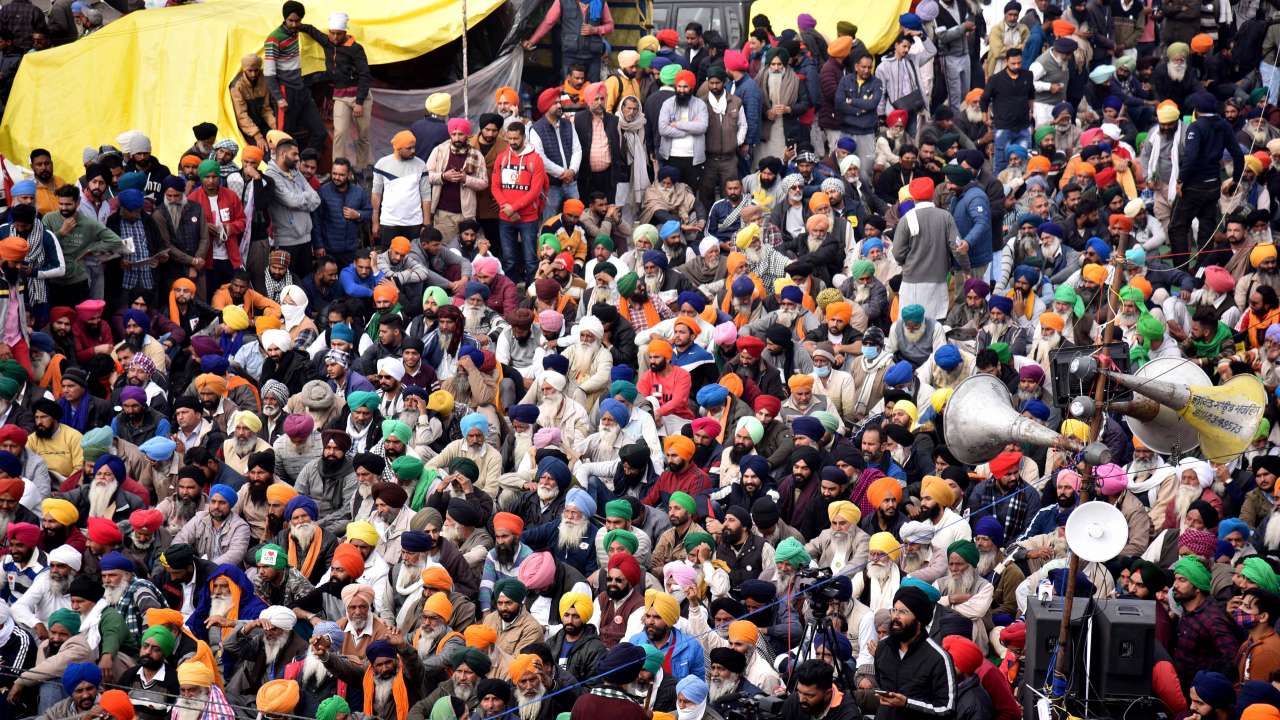 The farmers’ protest has entered the 19th day Monday, but there has been no solution to this deadlock yet. At least 40 farmer leaders of the Sanyukt Morcha are sitting on a hunger strike at the Singhu Border and Singari Border of Delhi.

The hunger strike will continue till 5 pm. Farmers are also on hunger strike at all toll plazas including Ghazipur. Apart from this, farmers are protesting at district headquarters across the country. Delhi government ministers and MLAs are also sitting on a dharna.

The ministers of the union government continue to discuss the issue. The meeting between Home Minister Amit Shah and Agriculture Minister Narendra Tomar is going on. According to sources quoted by Zee News, the government is discussing further strategy on the farmers’ movement.

Agitating farmers have blocked the Delhi-Ghaziabad highway at the Ghazipur border. The protesters are sitting on a dharna on NH-24.

The Bharatiya Kisan Union has announced that no anti-national organizations will be allowed to join the agitation.

The petition demanding the removal of farmers from the Delhi border will be heard on December 16 in the Supreme Court. It has been argued that people are having problems and risk COVID-19 spread.

There have been several rounds of talks between farmers’ representatives and the Central Government but protests are going on all around the different borders of Delhi.

Farmers are still camping at Delhi’s Singhu, Tikri and Ghazipur borders while braving the shivering cold with several demands, including the repealing of the new farm laws, and a call has been given to intensify the agitation.

On the other hand, there is a continuous effort from the Centre to persuade the farmers to call off the agitation, but there is still a deadlock on the issue of the demand for repealing the three farm laws by the farmer groups.

Leaders of farmer organisations want repealing of the three new farm laws implemented by the Central government – the Farmers Produce Trade and Commerce (Promotion and Facilitation) Act 2020, the Farmers (Empowerment and Protection) Price Assurance and Agricultural Services Agreement Act 2020, and the Essential Commodities (Amendment) Act 2020. They are adamant on the demand for withdrawal of the laws.