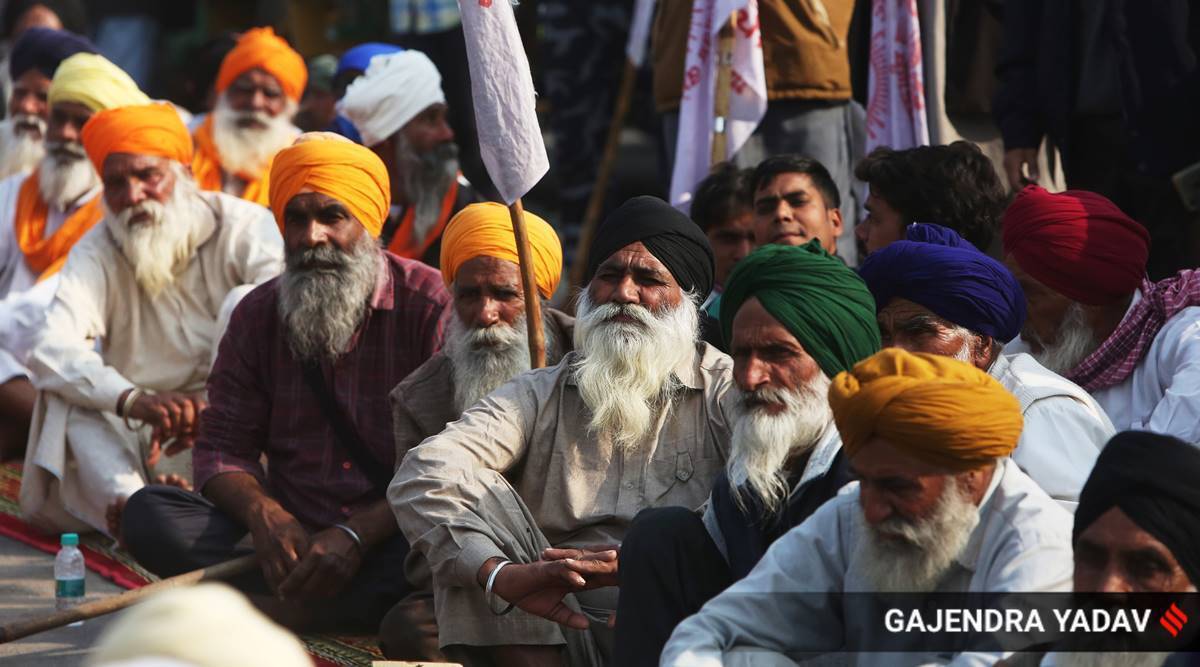 Its negotiators with the government named in Republic Day violence FIRs and under pressure following cracks within over the direction of the protest, the Samyukta Kisan Morcha, the umbrella organisation of farmer unions seeking the repeal of new agriculture laws, Wednesday called off its march to Parliament House on February 1.

As two organisations, BKU (Bhanu) and Rashtriya Kisan Mazdoor Sangathan, withdrew from the protest at the borders of Delhi, Krantikari Kisan Union leader Darshan Pal, speaking for the Morcha at a press conference, said: “We have cancelled our plan for a march to Parliament on Budget day on February 1. But our agitation will continue and there will be public meetings and hunger strikes across the country on January 30.”

The Morcha blamed the Republic Day violence on “a dirty conspiracy… hatched with the Kisan Mazdoor Sangharsh Committee and others” to break the agitation.

It also called actor-activist Deep Sidhu as an “agent” of the government, and alleged he was behind the hoisting of the Nishan Sahib, the religious flag of the Sikhs, at the Red Fort.

The Morcha offered an “unconditional apology” to those whose feelings had been hurt by the storming of the Red Fort.

BKU (Rajewal) president Balbir Singh Rajewal said: “Ninety per cent farmers carried out the march peacefully. But the cadre of the Kisan Sangharsh Mazdoor Committee were purposefully placed in the front. They were allowed to take a separate route. Limited resistance was put up.”

BKU (Tikait) chief Rakesh Tikait questioned the police decision not to fire at protesters who unfurled the flag and indulged in vandalism inside the Red Fort.

Swaraj India leader Yogendra Yadav said the Morcha was taking “moral responsibility” for the “regrettable events” as it had given the call for the rally.

His outfit blamed by the Morcha, Satnam Singh Pannu, president of Kisan Mazdoor Sangharsh Committee, denied any role in the Red Fort incident.

“Two-three unions are taking the name of KMSC. But we had no role in the Red Fort incident. We went to the Ring Road and returned… We are not going to say anything against the unions. We are in coordination with the SKM and will keep implementing other calls of the Morcha as well. Our struggle will continue.”

Sarvan Singh Pandher, general secretary of Kisan Mazdoor Sangharsh Committee, too said: “We never gave any call to occupy Red Fort or ITO. It was the actor’s call (referring to Deep Sidhu) to which several people responded. We condemn the actions of all those who indulged in rioting and violence. I have respect for farmer leaders in the Morcha and will not give in to the government’s plan of dividing us.”

Meanwhile, leaders of two farmer groups said they were withdrawing from the movement following the January 26 violence.

The pull-out announcements were made by VM Singh of Rashtriya Kisan Mazdoor Sangathan and Bhanu Pratap Singh of BKU (Bhanu) at Delhi’s Ghazipur and Chilla borders, respectively.

VM Singh told a press conference that he could not continue supporting an agitation where the leaders “want to take it in another direction,” referring to BKU’s Rakesh Tikait.

“The farmers’ movement will continue as long as the issue of Minimum Support Price continues, but not in this way. We have not come here to martyr people or get them beaten up. We cannot stand with the movement and take it forward with people who want to take it in another direction and not focus on the issue at hand,” he said.

Bhanu Pratap Singh of BKU (Bhanu) said: “I am so saddened and so ashamed by yesterday’s events that we are withdrawing from this agitation that we have been part of for 58 days.”

Joginder Singh Ugrahan, president of BKU (Ugrahan), said there was delay in “marginalising” and “expelling” those giving the farmer movement a bad name. “All such communal elements and government agents should now be identified and completely removed from our struggle,” he said.

— With Amil Bhatnagar in New Delhi