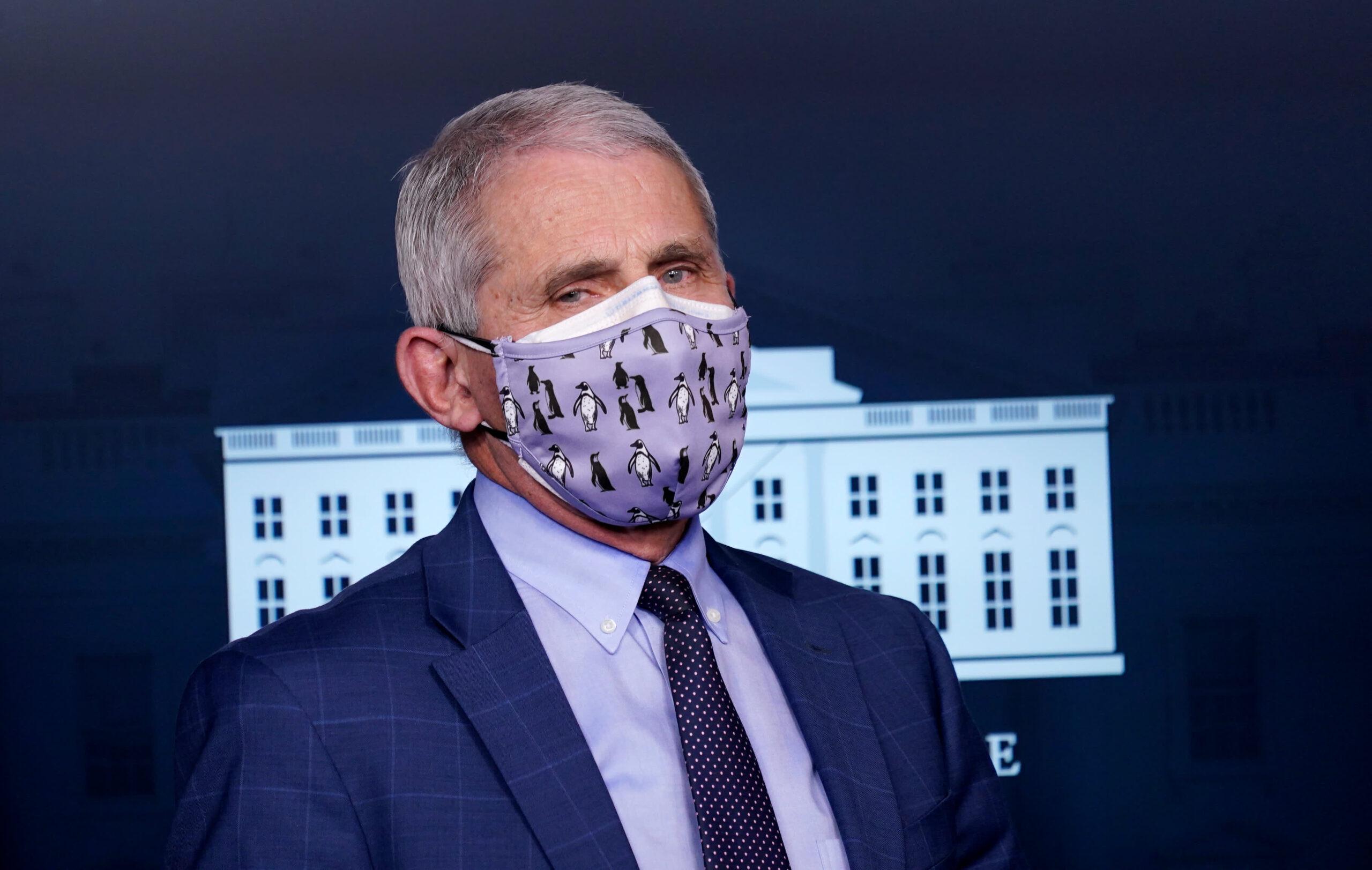 Anthony Fauci, director of the National Institute of Allergy and Infectious Diseases, wears a protective mask during a news conference in the White House in Washington, D.C., U.S., on Thursday, Nov. 19, 2020.

Dr. Anthony Fauci, the nation’s top infectious disease expert, said on Sunday that the U.S. is heading into a difficult period of the coronavirus pandemic and said current restrictions and travel advisories will be necessary for the Christmas holiday season.

“What we expect, unfortunately, as we go for the next couple of weeks into December, is that we might see a surge superimposed on the surge we are already in,” Fauci said in an interview with NBC’s “Meet the Press”. “I don’t want to frighten people, except to say it is not too late to do something about this.”

Fauci urged Americans to be careful as they return from Thanksgiving holiday travel and wear masks to mitigate the spread of the virus. While the Centers for Disease Control and Prevention in November warned people against traveling for Thanksgiving, more than 9 million people traveled in airports in the week running up to the holiday and the weekend following it.

“I think we are going to have to make decisions as a nation, state, city and family that we are in a very difficult time, and we’re going to have to do the kinds of restrictions of things we would have liked to have done, particularly in this holiday season, because we’re entering into what’s really a precarious situation,” Facui said.

America has surpassed 13 million Covid-19 cases, according to data from John Hopkins University, and at least 266,000 people have died. As cases and deaths surge across the country, hospitals are struggling with a shortage of medical staff and capacity issues amid an influx of patients.

Fauci said that colleagues and associates from various states have called him pleading for advice and expressing concerns about potential local lockdown measures if problems with hospital capacity grow worse. Americans should take their own virus mitigation steps in order to help hospital systems and avoid potential lockdowns, Fauci added.

“We’ve got to realize that we do have within our capability to be able to blunt that by doing the simple things that we talk about short of locking down, so we don’t precipitate the necessity of locking down,” Fauci said.

Disease experts predict that the country’s daily death totals will spike this winter. In November alone, the U.S. had more than 4 million new cases, more than doubling the record set in October, according to the Covid Tracking Project. Deaths and hospitalizations rise several weeks after surges in new cases.

Adm. Brett Giroir, assistant secretary at the Department of Health and Human Services, said on Sunday that he’s worried about a surge in cases and hospitalizations from increased travel.

Giroir, who leads the government’s Covid-19 testing effort, said in an interview with CNN that he can’t offer projections on daily death counts but that “a lot depends on this weekend” with respect to the U.S. avoiding major spikes in cases and deaths.

Dr. Deborah Birx, coordinator of the White House coronavirus task force, said on Sunday that the U.S. is entering the days following Thanksgiving with a much greater number of cases, hospitalizations and daily deaths across the country than the period after Memorial Day weekend, when the country previously experienced a surge in the virus.

“We saw what happened post-Memorial day. Now we are deeply worried about what could happen post Thanksgiving because the number of cases — 25,000 versus 180,000 a day — that’s why we are deeply concerned,” Birx said in an interview with CBS News.

“We know people may have made mistakes over the Thanksgiving time period,” Birx said. “If you’re young and you gathered you need to be tested about five to ten days later, but you need to assume you’re infected and not go near your grandparents and aunts and others without a mask.”

The growing outbreak comes as health and government officials plan to distribute the first round of vaccines in December, with healthcare workers to be among the first recipients.

The U.S. is also investing hundreds of millions of dollars in improving rapid testing and “flooding markets in ten different states” for surge testing, according to Giroir. He said the government is working to solicit more at-home tests for widespread distribution, but they are not yet available.

“We’d love to have hundreds of millions of those tests,” Giroir said, adding that they could become available in the next couple months.

Summit CityMD CEO Dr. Jeffrey Le Benger told CNBC on Friday that those long lines could continue well into 2021, as he expects testing demand to remain high through the holiday season.