Fear of medico-legal cases deters doctors, hospitals from being part of Jeevandan 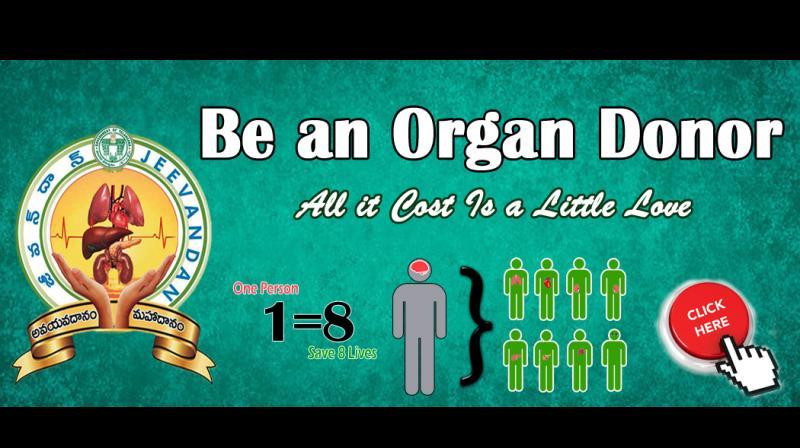 Hyderabad: The fear that they will be embroiled in medico-legal cases while dealing with organ donations is one of the constraints in getting more doctors and hospitals involved in Jeevandan, the government’s programme of organ donations.

While large corporate hospitals are enrolled in the programme, small hospitals and institutions shy away due to possible legal and technical issues.

Dr Swaranlatha, incharge of Jeevandan, the cadaver transplant programme of the government, said, “Within the medical fraternity, the fear of legal issues is perhaps one of the reasons restraining many from getting involved actively in the programme of organ donation. An overarching law to protect doctors for action taken in good faith, similar to the protection provided to judicial officers, can help.”

She said that there is a need to facilitate procedures faster which requires alternative and ancillary tests to be recognised in well-equipped hospitals in small cities from where organs can be donated.

There are only five organ donations per million population in Telangana state. In the last seven years of the programme, there have been 800 donations.

Experts believe that awareness is the key apart from dealing with the technical and legal issues that come to the fore. The green corridor system, where the police clears traffic for ambulances to rush the donated organs to recipients, is one example of local and state-level coordinations for transporting organs.

There is a need to simplify laws which will allow government institutions to coordinate better; besides, co-ordination between private and public hospitals is required.

The definition of death in law needs to be looked at from the point of organ donation. The registration of Birth and Death Act is being amended and there is a need felt to include brain-stem death as a form of death. The socio-cultural preferences of Indian society have to be considered while amending the Act.

There is also a need to distinguish between brain-stem dead and comatose condition. These differences are important as there is a fine line and experts want to evolve a clear picture without creating any confusion.