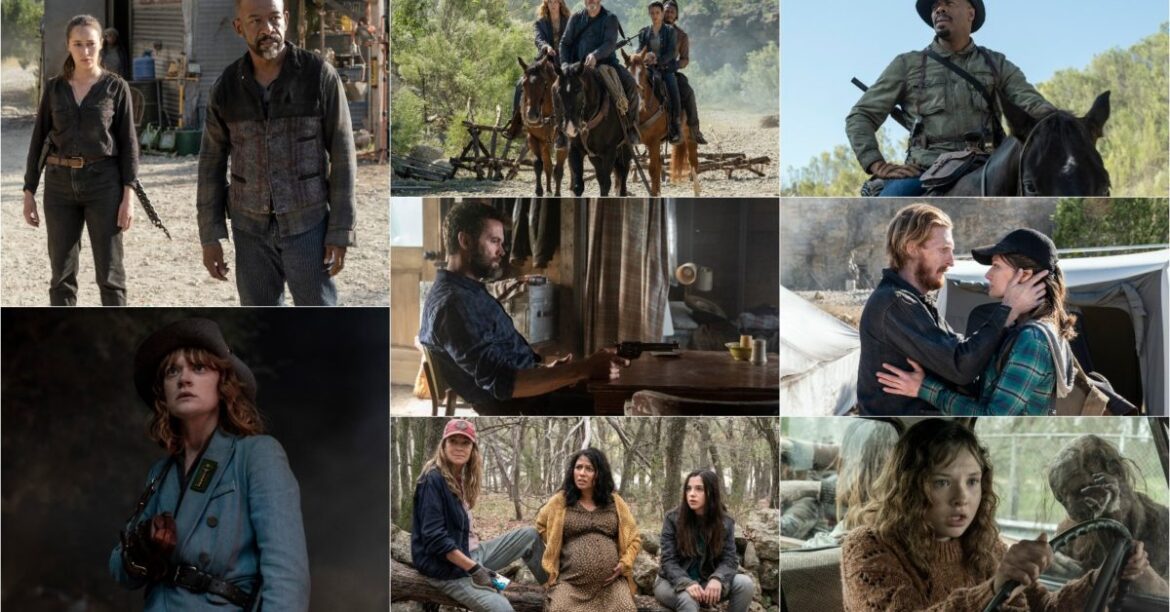 With only one Sunday left in the tenth season of The Walking Dead, that means we’re now less than two weeks until the return of Fear the Walking Dead to AMC (for AMC+ subscribers, the wait’s now less than a week with the first episode available Sunday, April 4). Earlier today, viewers were treated to a new set of preview images that checks in with most of the familiar faces as they prepare for a major standoff between Virginia (Colby Minifie) and Morgan (Lennie James). But with so many outside factors in play- especially those “The End is the Beginning” folks- will Ginny and Morgan realize there’s greater strength in numbers- before it’s too late?

Now here’s a look at the most wanted man in the Fear TWD universe: Morgan Jones:

Here’s a look back at the [email protected] panel from this past weekend, with two previews for the upcoming season. In the first clip (14:52 mark), Virginia looks ready to do her own take on Negan’s (in)famous “Lucille” scene to find Morgan and Dakota (Zoe Colletti)- which does not bode well for Daniel (Ruben Blades). Speaking of Dakota… in the second clip (27:43 mark), Dakota takes the wheel as an injured Morgan and Dorie (Garret Dillahunt) look to clear a road of a pretty sizeable walker problem:

When the series returns next month, viewers should expect some new faces (some seen in previous previews) played by John Glover (The Good Wife, Smallville), Nick Stahl (Carnivale, Sin City), and Keith Carradine (Fargo, Deadwood). In addition, Aisha Tyler (Director: Criminal Minds, Roswell NM, Axis) will be helming the season’s 13th episode. Now here’s a look at the newest teaser, “The End is the Beginning”:

As Morgan’s (Lennie James) bid to free the remaining members of the group becomes bolder, Virginia (Colby Minifie) grows increasingly desperate to find her sister and protect the settlements from forces working inside and outside her walls. The second half of season six reveals the impact of what living under Virginia’s control has done to each person in this group, who once saw themselves as a family. New alliances will be formed, relationships will be destroyed, and loyalties forever changed. When everyone is forced to take sides, they discover the meaning of, “The End is the Beginning.”