Home General Federal appeals court firmly rejects a Trump election lawsuit: “Calling an election unfair does not make it so”

Federal appeals court firmly rejects a Trump election lawsuit: “Calling an election unfair does not make it so” 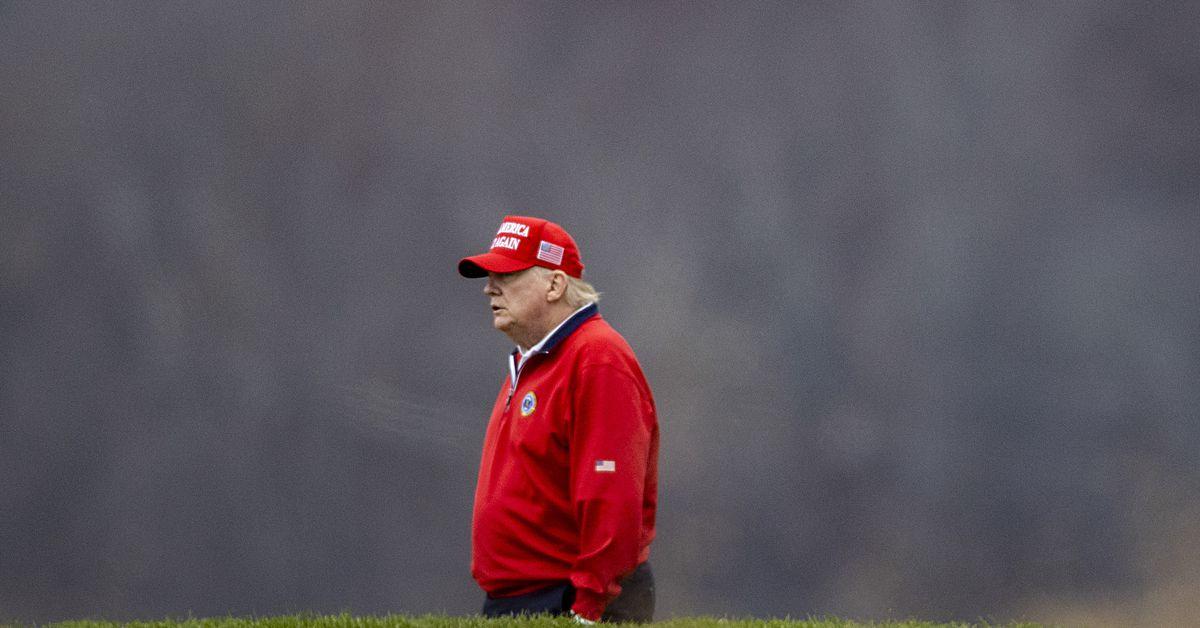 President Donald Trump continued to misleadingly cast doubt on the results of the 2020 presidential election — which was won three weeks ago by President-elect Joe Biden — in the early hours of Saturday morning. But with lawsuit after lawsuit failing in courts, and the federal election certification deadline approaching, Trump is quickly running out of road to attempt overturning the election.

The president’s latest legal defeat came Friday when an three member appeals court rejected a Trump campaign suit against Pennsylvania election officials that alleged the state engaged in “unconstitutional discrimination” against Trump voters in a scathing, unanimous decision that found the president’s lawsuit had “no merit.”

Specifically, the suit asked two things of the Third Circuit Court of Appeals: to reverse a lower court decision blocking Trump’s legal team from amending its complaint to include claims that poll watchers were barred from observing the vote counting process, and to issue an injunction “to prevent the certified vote totals from taking effect.” (Pennsylvania certified its election results on Tuesday.) The court granted neither.

In its decision, the court highlights not just the Trump legal team’s lack of evidence of its claims, but rebuked the lawyers for making “vague and conclusory” allegations, and for requesting a remedy “grossly disproportionate to the procedural challenges raised.”

“Charges of unfairness are serious,” Bibas continued. “But calling an election unfair does not make it so. Charges require specific allegations and then proof. We have neither here.”

Previously, Trump’s Pennsylvania lawsuit was dismissed in federal district court in a similar, equally scorching decision by Judge Matthew Brann, who wrote that “this Court has been presented with strained legal arguments without merit and speculative accusations, unpled in the operative complaint and unsupported by evidence.”

In a tweet after the decision was published, Trump campaign legal adviser Jenna Ellis, who in 2016 referred to Trump as an “unethical, corrupt, lying, criminal, dirtbag,” decried the “the activist judicial machinery in Pennsylvania.”

“On to SCOTUS,” Ellis wrote Friday.

.@RudyGiuliani and me on Third Circuit’s opinion:

The activist judicial machinery in Pennsylvania continues to cover up the allegations of massive fraud.

We are very thankful to have had the opportunity to present proof and the facts to the PA state legislature.

However, there’s no guarantee that the Supreme Court will accept the case if the Trump campaign follows through on an appeal, experts say, and even less that the Court would rule in its favor.

“Yes, the Trump campaign can now ‘go to #SCOTUS,’ but with what?” wrote University of Texas law school Prof. Steve Vladeck on Twitter. “The Court is never going to take up this dumpster-fire of a lawsuit. And, as today’s unanimous Third Circuit opinion written by a Trump appointee makes clear, there’s no remote basis for an injunction pending appeal.”

The Trump campaign faces equally slim chances of success elsewhere. Though it is determined to pursue lawsuits in other swing states, Trump’s legal team has fared poorly thus far: In total, its post-election record in court stands at 1-38, according to Democratic voting rights lawyer Marc Elias, and the campaign is “on a solid pace to lose 50 before the Electors meet in December.”

Even before the Electoral College meets on December 14 though, there is a rapidly approaching federal deadline for state certification of election results on December 8. According to the New York Times, “if states resolve all disputes and certify their results” by that deadline, “the results should be insulated from further legal challenges, ensuring that states won by Mr. Biden will send Biden delegates to the Electoral College.”

That certification will essentially make the president’s legal challenges moot. And the meeting of the Electoral College the subsequent week will slam the door even more firmly in the face of Trump’s inane voter fraud claims. Biden won 74 more electoral votes than Trump — 36 more than the bare minimum needed to win the presidency. It is possible, although very unlikely, that some electors in states won by Biden choose to cast their votes for Trump — but as the Times points out, “rogue electors have been few and far between, and have never altered the outcome.”

Though the Trump campaign has failed time and time again to provide any evidence of voter fraud in court, that hasn’t stopped the president and his lawyers from lying outrageously about the legitimacy of the election. Of late, their falsehoods have included a wide range of nonsense conspiracy theories, ranging from ballots for Biden being “created out of thin air” to former Venezuelan President Hugo Chavez helping to rig election machines before his death in 2013.

And even in the exceedingly rare occasions since Election Day where Trump has come close to acknowledging the reality of his loss, he’s married that acknowledgement with yet more false, baseless fraud claims.

“[Biden] won because the Election was Rigged,” Trump tweeted earlier this month.

He took a similar line in public remarks Thursday, when asked by reporters if he intended to leave the White House when Biden took office.

“Certainly, I will. And you know that. But I think that there will be a lot of things happening between now and the 20th of January,” Trump said according to a transcript provided by the White House. “Massive fraud has been found. We’re like a third-world country.”

For all of Trump’s hedging though, Biden’s margin is only growing. On Friday, a recount requested and paid for by the Trump campaign in two Wisconsin counties saw the former vice president pick up 132 new votes. All told, Biden’s national popular vote margin now stands at well over six million votes.

And on Monday, the General Services Administration — the government agency in charge of “ascertaining” a presidential win to make government resources available to a transition team — authorized the Biden transition to begin.

Trump didn’t let that pass unheeded either: “[GSA administrator] Emily Murphy has done a great job, but the GSA does not determine who the next President of the United States will be,” he tweeted Tuesday.

On that, he’s right, if only technically. “Voters, not lawyers, choose the President,” Bibas wrote in his decision rejecting the Trump campaign appeal. “Ballots, not briefs, decide elections.” And those voters have decided — regardless of what Trump claims — that Biden will be the next president of the United States.