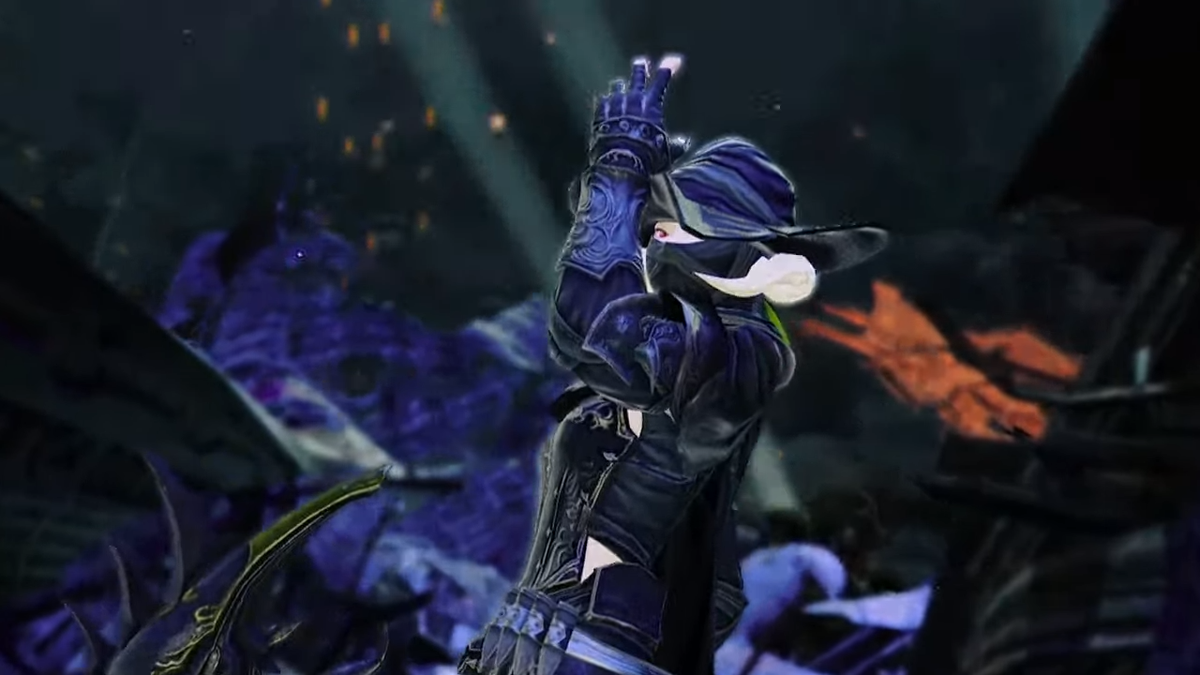 Revealed this evening during the Final Fantasy XIV Digital Fan Festival keynote, the melee damage-dealing Reaper will join the previously announced healing Sage as the second new job introduced in this fall’s Endwalker expansion. Update: The release date is November 23 and playable bunny boys are included.

It’s not a Necromancer, it’s not a Temple Knight, it’s not really anything players guessed leading up to tonight’s event. The Reaper is an all-new job created for Final Fantasy XIV, a close-quarters melee DPS with the ability to summon and channel a powerful Void avatar in battle. You can see how that all goes down in the Reaper debut video below.

As is tradition with new job reveals, game producer Naoki Yoshida took the stage dressed in Reaper garb. This guy.

Like the Sage, the Reaper job will start at level 70 and has no class prerequisites. As long as you’ve got all of the previous expansion completed, you should be good to reap once the new job launches with Endwalker this fall.

Update 10:55 PM: The expansion has a release date of November 23, and both make Viera and female Hrothgar are on the way, with bunny boys debuting with the expansion’s release and burly cat girls at a later date.