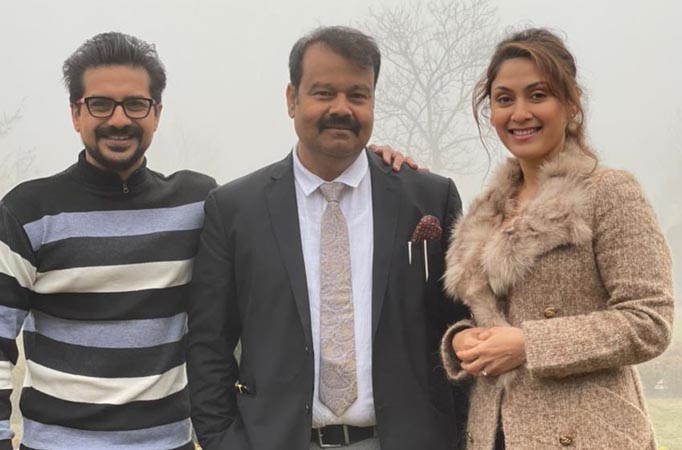 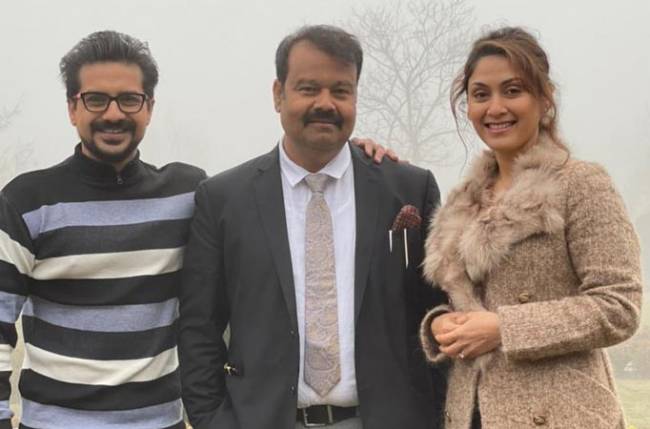 MUMBAI: Actor and producer Ajay Kumar Singh, from Bhojpur, Bihar has an infinite passion for film making. Speaking about his love for films, he says,” Since my childhood, I have been quite attached to films. I have always entertained myself by watching movies. from that time, I had a dream of making movies myself. Eventually, I realised that I need to be in the entertainment hub, which is Mumbai, to produce films. My first foray into Hindi films was producing a film called Family Of Thakurganj starring Jimmy Shergill, Mahie Gill. Right now, I am making the remake of a Spanish film Julia’s Eyes into four languages: Bengali, Marathi, Telugu and Tamil. Bengali and Marathi language are already on the floor. The other two will be starting in Feb. For Bengali (Antardrishti) I have signed Rituparna Sengupta, Sean Banerjee. Rituparna is a great actress and has a powerful body of work. After reading the brief of the story, she said yes to the film.  In the Marathi film (Adrushya), I cast Manjari Fadnis. I have seen Manjari in a film called Khamakha and I found her to be a brilliant actress. For the Tamil film (Un Paarvail) I have signed Gayathrie Shankar, Himanshu Soni and for the Telugu film (Agochara) we have Isha Chawla and Sunil.”

The shooting of the Bengali and Marathi films is going on right now in Dehradun. After this, on 16th February, the shoot for the Tamil and Telugu versions will also commence. All the versions will be directed by well known DOP: Kabir Lal.

Interestingly, Ajay is part of all four films. He adds,” I am happy to be part of all the four films. To me, acting is like worship, and film making is my passion. I believe that we can always convey a message to the audience through films. I have also noticed one thing in the industry: people who are involved in this craft are very hardworking and they put a lot of effort into the process.”

Back to Top
Close Add post
X
Mipcom/MipTV Boss Laurine Garaude Steps Down After 12 Years…TVLaurine Garaude, the director of television at Mipcom and MipTV organizer Reed Midem, is stepping down after more than a decade overseeing the two Can…

X
Lupin Season 2 Is Coming This Summer 2021 On Netflix – Crossover 99…TVLupin is one of the most popular Netflix shows in the world right now, and now fans know when to expect Lupin season 2 on Netflix.The series is Netfli…
close