Film 'State of Siege :Temple Attack' to release soon on 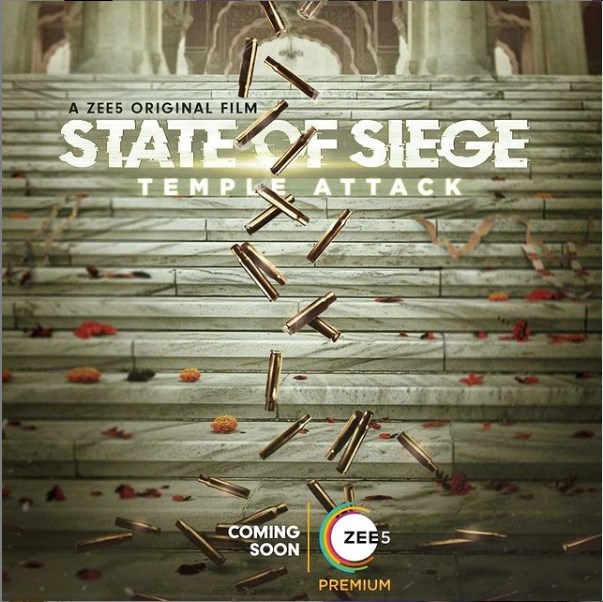 With the ever increase demand of the content on the OTT Platforms, today these platforms are exploring new subjects to entertain their audience. ZEE5 is leaving no stone unturned in bringing good and entertaining stuff for its viewers and now after their superhit retelling of 26/11Mumbai attacks in the State of Siege: 26/11, they are back with yet another siege story : ‘State of Siege: Temple Attack’

The news was shared on the official page of Zee5, “The steps of this temple will turn into a battleground aur phir se hogi #sahaskivijay. The next chapter in the #SOS franchise, #State of Siege: Temple Attack is #Coming soon. #AZEE5OriginalFilm.”

The film is based on the 2002 attacks at Akshardham Temple in Gandhinagar, Gujarat. Over 30 people lost their lives and 80 were injured in this gruesome attack. The National Security Guard came at the destination and took charge of the situation. They killed the terrorists and got the situation under control.

The film will soon premiere on Zee5.