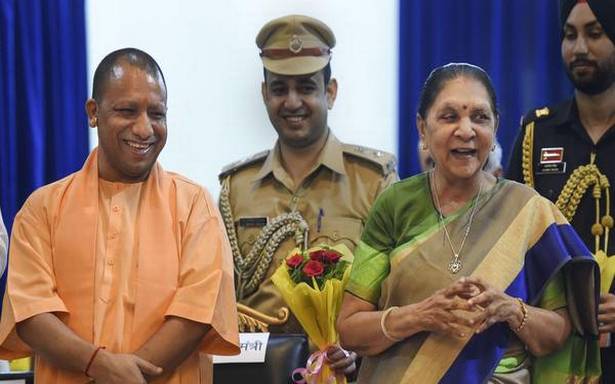 Tikaram, a resident of Sharifnagar village, alleged that the person had developed a friendship with his daughter and wanted to ‘coerce her into converting’.

The Uttar Pradesh police have lodged the first case under the new ordinance against unlawful conversion just hours after it was promulgated.

An FIR was lodged by police in Bareilly under Sections 3 and 5 of the Uttar Pradesh Prohibition of Unlawful Conversion of Religion Ordinance, 2020, which was cleared by the State Cabinet earlier this week and promulgated on November 27 by Governor Anandiben Patel.

Bareilly police said the FIR was lodged against a person identified as Owais Ahmad in Deorania police station. Sections 504 and 506 of the Indian Penal Code were also invoked.

The FIR was lodged on the complaint of Tikaram, a resident of Sharifnagar village, late on Friday. Mr. Tikaram alleged that the person had developed a friendship with his daughter during their education and wanted to “coerce, coax and allure her into converting”.

“Despite repeated disapprovals by me and my family, he (the boy) is not listening, and is applying pressure on me and my family through abuses and death threats to fulfil his desire,” alleged Mr. Tikaram.

SP (Rural) Bareilly Sansar Singh said a case under kidnapping the girl was lodged against the boy earlier. “He was pressuring her to convert from her religion and marry,” Mr. Singh said.

The accused is absconding and attempts were on to arrest him, said the officer.

The ordinance makes religious conversion a cognizable and non-bailable offence inviting penalties up to 10 years in prison if found to be effected for marriage or through misrepresentation, force, undue influence, coercion, allurement or other allegedly fraudulent means.

Violation of the provisions of the law would invite a jail term of not less than one year extendable to five years with a fine of ₹15,000. However, if a minor, a woman or person belonging to the Scheduled Caste or Scheduled Tribes communities was converted through the said unlawful means, the jail term would be a minimum of three years and could be extended to 10 years with a fine of ₹25,000.

The ordinance also lays down strict action against mass conversions, which would invite a jail term of not less than three years and up to 10 years and a fine of ₹50,000.