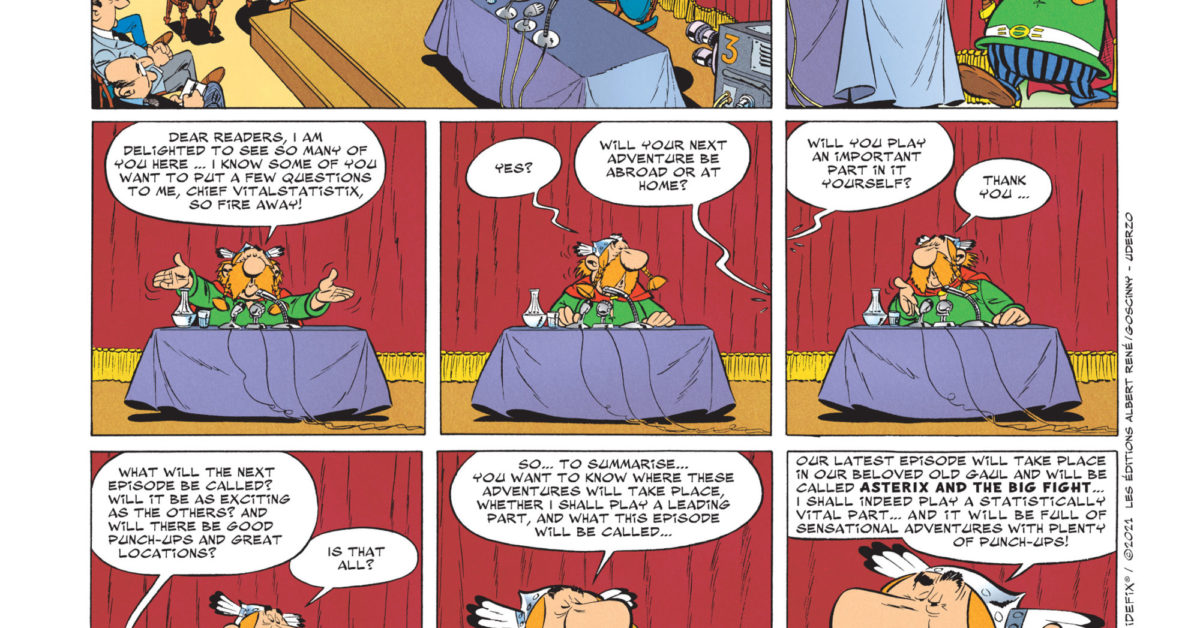 After 60 years, 38 graphic novel volumes (with a 39th on the way later this year) in 111 languages and dialects, and 15 feature films, Asterix, Obelix, and Dogmatix are going where the franchise has never gone before- to the small screen as an animated limited series. On Wednesday, Netflix announced that it would be teaming with Hachette’s Les Editions Albert René and playwright/showrunner Alain Chabat (Mission Cléopâtre) to create the first-ever animated limited series based on the iconic French comic book The Adventures of Asterix. Set for 2023, the 3D-animated series will be produced in France and be based on Asterix and the Big Fight, where the Romans (after a steady stream of embarrassments courtesy of Asterix and his village crew) organize a brawl between rival Gaulish chiefs and try to fix the result by kidnapping a druid along with his much-needed magic potion.

For Dominique Bazay, Netflix’s director of original animation, the news of the classic novel series coming to the life on the small screen is one that works for both the streamer and for life-long fans who also happen to be executives at a major streaming service. “I’m French Canadian, and like most francophones around the world, I grew up with Asterix, his sidekick Obelix and loyal companion Dogmatix. I watched the animated specials and read the books religiously. If you’d told the 8-year-old me that one day I’d help bring these characters to life… I wouldn’t have believed you,” Bazay explained in a blog post. “I have been talking with Celeste Surugue at Albert Rene for years about how to bring Asterix to Netflix,” Bazay continued. “We built a great relationship of trust and mutual respect around our love for these characters.” For the Netflix executive, the project represents an opportunity to showcase a beloved franchise in a whole new light for a brand new audience. “I’m excited to introduce Asterix, Obelix, and Dogmatix to a whole new generation of fans around the world.”