First gate of Polavaram project to be erected today 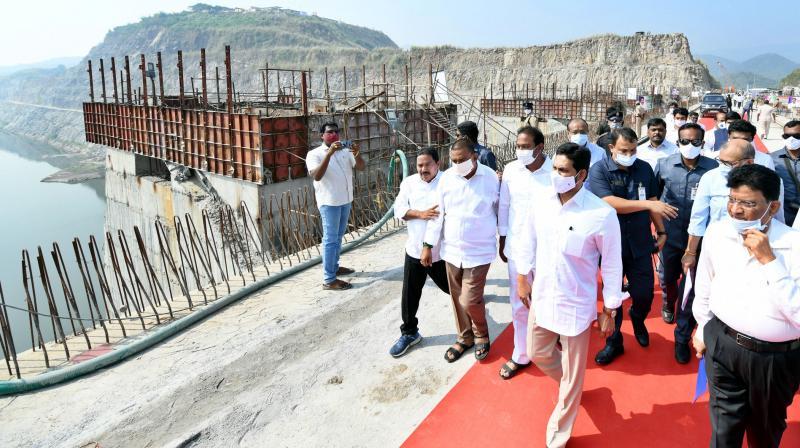 KAKINADA: The mega Polavaram Project on Godavari River has reached a crucial stage with all arrangements made for fixing the first gate at the spillway on Monday. A total of 48 gates will be installed at the project, which will be operated hydraulically on the spillway at a height of 55 metres.
Engineers of Polavaram Project say this is the first time in the country that hydraulic gates are being installed at a project. The 98 cylinders required for gates have been imported from Germany.

According to engineers, work on the first gate will start on Monday and completed by the same evening. Each gate will be 20.835 metres height and 15.96 metres in width. There will be eight arm-girders for each gate. Total 384 arm-girders and 192 horizontal girders with a height of 16 metres each will be installed. Skin plates will be fixed after the work on girders is over.