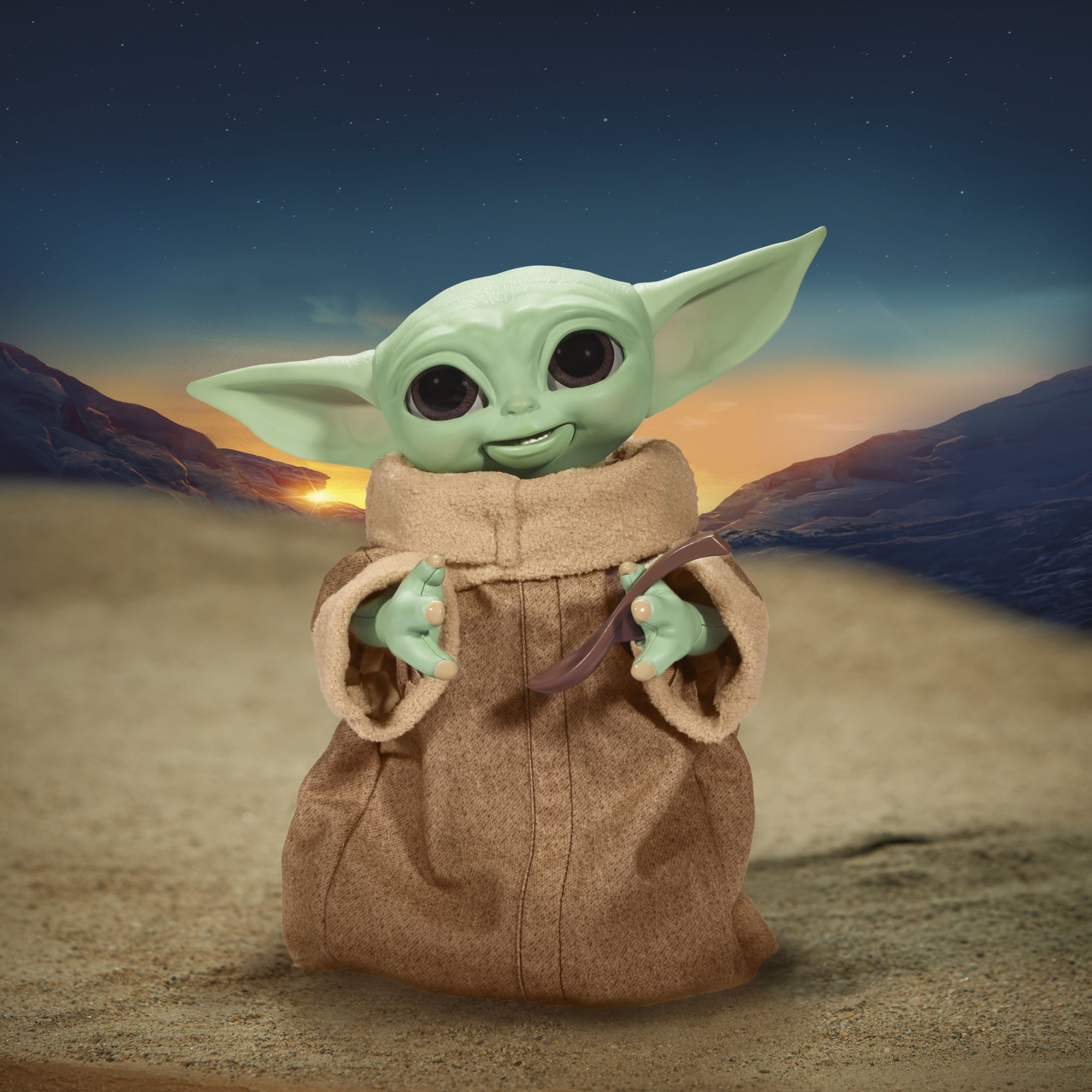 Grogu isn’t just the far, far away galaxy’s cutest Baby Yoda… he’s also the hungriest. In fact, the little guy’s eating habits were a matter of considerable controversy during Season 2 of The Mandalorian, when Grogu was caught chowing down on eggs belonging to a nearly extinct race of alien frogs and had to be taught the error of his ways by his traveling companion, Din Djarin.

Now, fans can control Grogu’s appetite thanks to Hasbro’s new Galactic Snackin’ Grogu toy. Hitting shelves this fall and retailing for $79.99 (you can pre-order from Amazon starting at 1pm/ET today), this 9-inch tall interactive animatronic figure is ready to feast on all sorts of galactic meals. And he’ll let his culinary opinion be known right away: feed him something gross, and he’ll react like he’s just seen a tauntaun sliced open to keep a Jedi warm. But when he tastes something he likes, he’ll act as delighted as a party-hearty Ewok on the forest moon of Endor.

Rest assured that this Grogu is just as adorable when he’s not eating: Watch him gesture to be picked up and carried around, and — with a little encouragement — he’ll even show off the two-handed Force move that came in handy whenever he or Din were in sticky situations. He’s also a fountain of awww-inducing sound effects and little gestures that’ll feed your desire for Baby Yoda content while we’re between Mandalorian seasons. Satisfies Grogu hunger, this toy does.

Hasbro’s Star Wars Galactic Snackin’ Grogu will be released this fall and is available for pre-order at major retailers including Amazon and Hasbro Pulse at 1pm/ET today.

RELATED:  How Gina Carano's once bright 'Star Wars' future on 'The Mandalorian' flamed out