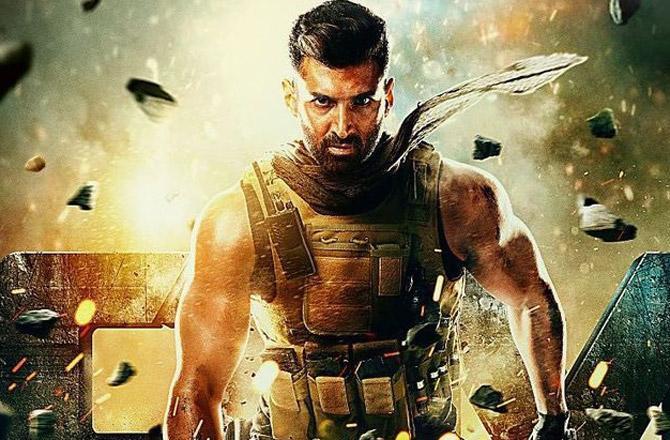 The unit kickstarted the shooting of the thriller on a sweet note — by cutting a chocolate cake.

And now, the makers, who described the film as a high-octane actioner, on Friday dropped the first look poster of the film. In a never-seen-before avatar, Aditya Roy Kapur‘s fighter avatar looks very impressive. Going by the looks, Aditya is all set to go into a battle with the enemy with an intent to destroy. Have a look:

Sanjana Sanghi was last seen in the Sushant Singh Rajput-starrer Dil Bechara and Om – The Battle Within marks the first association of Aditya and Sanjana as a lead pair. The film will be released in the second half of 2021.

Talking about Sanjana, Ahmed Khan says, “In her debut film, Sanjana handled her role with great maturity and in OM, the character what she plays is of a young girl who handles great responsibilities and she is perfectly suited for it.”

The film will be shot in 3 cities in India and one international location. The makers are hoping to complete the shooting of the film by March.

Talking about her first big action venture, Sanjana Sanghi says, “Getting to delve into the action genre so early on, is something I view as an absolute honour and have immense gratitude for to my producers, Ahmed Khan, Zee Studios and my director Kapil for the potential they have seen in me being able to pull of such a unique part in our film. After exploring many scripts and possibilities for a while, OM felt just right since it was the spectrum jump I was looking for in terms of throwing myself into an entirely unchartered territory of a big commercial actioner being executed in a never-seen-before way that is going to present me with new & exciting challenges.”