Home EntertainmentBollywood First of Many: Nimrat Kaur revisits The Lunchbox

First of Many: Nimrat Kaur revisits The Lunchbox 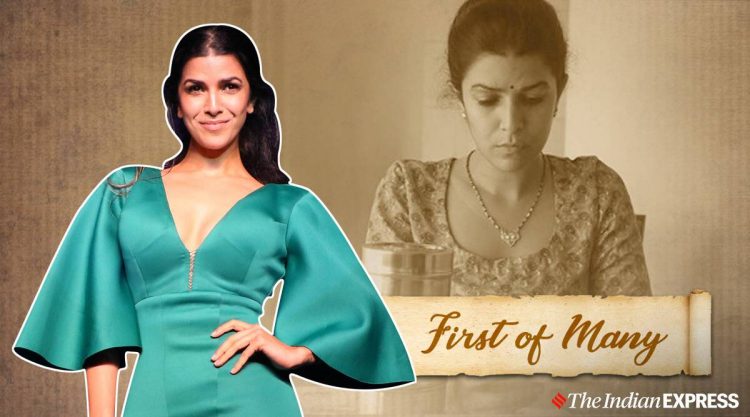 Today, Nimrat Kaur has carved a niche for herself with projects in Bollywood and the digital space like Airlift, The Test Case and Homeland. But how did Nimrat bag her first big film The Lunchbox.

1. How did you land The Lunchbox?

Director Ritesh Batra had seen some of my plays at Prithvi Theatre. I didn’t know at the time that he had already watched some of my work. The casting director was instrumental in pushing my name for the film. I met Ritesh. I wasn’t tested for the part. I think Ritesh somewhere felt I could bring something to the role. He had already written the other two parts for Irrfan Khan and Nawazuddin Siddiqui. Ila was the part they were auditioning extensively for. I feel sometimes, all your life, you work for so many things, and then suddenly from nowhere, something falls in your lap. The Lunchbox was one of those things. It is the most blessed opportunity that has ever come to me.

2. What do you remember of your first day on set?

The first day of shoot was the scene at the Churchgate Station where Irrfan was also shooting. I met him on the sets for the first time. It was a small set-up. The entire shoot of my portions was a quick one. So the first day felt so intimate and simply done that in retrospect, I can’t even believe what happened with the film and where it went. Because everything was so small, Irrfan was the largest thing that happened to me on that day. When I physically saw him, I realised this is special.

Of course, I had the usual anxiety of walking on to a set for the first time as the character and whether I was making the right choice. But, it was a very smooth day because I had prepared for it so much and thought about the character for so long. So I wasn’t nervous about playing that part. I was just nervous because it was my first day as Ila. That part was nerve-racking, but it was good anxiety.

4. How was the rapport with your co-stars and director when you got to meet or work with them again later?

Irrfan and I didn’t have any scenes together in The Lunchbox. I was just on the same set as him. I’m so blessed that I actually got to be in the same film with him. As a person, I didn’t know him too well. But, I’ll always cherish the opportunity I got with The Lunchbox.

Ritesh and I remain very good friends to date. We keep in touch. Even our families have met at different places and screenings.

5. If given a chance to go back to your debut role, what would you like to change or do better?

Not a thing. I think the magic of The Lunchbox is that everything is exactly how it should be. Of course, I can look at my work and say I could have done this better, but I feel The Lunchbox is not such a project. I feel like it’s got that sanctity of everything working as it should, even in the imperfections. I won’t change anything.

6. One film or role that inspired you to become an actor?