First pandemic, now piracy is eating into the business of struggling cinemas 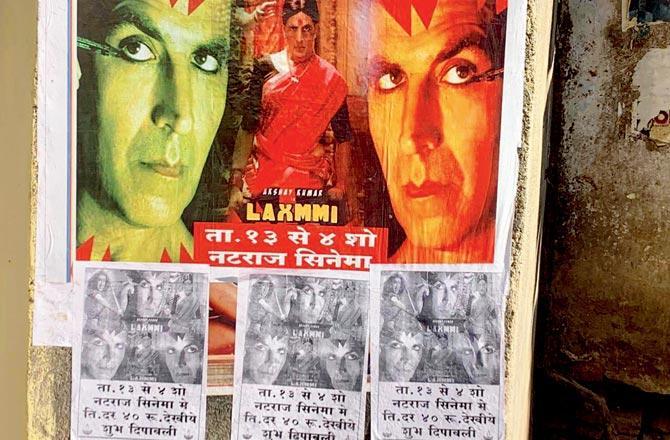 On November 9, Akshay Kumar’s Laxmii dropped on Disney+Hotstar. Only a day later, a video parlour in Madhya Pradesh screened the horror-comedy to an audience of 70-odd people — the first of many shows to come. Trade circles have been abuzz with rumours that pirated versions of the movie have been playing at several single-screen theatres and video parlours in smaller towns of Madhya Pradesh, Chhattisgarh, Bihar and Uttar Pradesh.

The development was highlighted by trade analyst Komal Nahta, who explained that these cinemas usually buy screening rights from distributors. However, when the monies don’t work out, they often resort to screening films illegally and pocket the collections. “[Exhibitors] in metros won’t dare to do it, but cinema owners in smaller towns — say, in Madhya Pradesh — are screening the film. I won’t name the cinemas, but it has come to a point where people have resorted to piracy for survival,” explains Nahta, adding that the theatre shutdown was a severe blow for exhibitors across the country.

A still from Laxmii

Quiz him on why the movie halls are not running Suraj Pe Mangal Bhari that has had an official big-screen release, and he says, “You need a superstar to bring back the audience. We should follow what Hollywood is practising — release the film in cinemas and OTT simultaneously. That’s the only way to curb piracy for now.”

Trade insiders reveal that these outlets have been running an average of two shows a day, with tickets priced at one-fifth of that of a single screen’s. Gurmeet Singh Seble, member of the Single Screen Association of India, says, “These are not licensed cinemas, but small video parlours that show movies on projectors. There are neither chairs nor a big screen.” He adds that they eat into the business of single screens that are struggling to stay afloat. “In Delhi, owners couldn’t reopen their single screens because the operation costs are high, and there were no films to draw the audience. We wanted to run Laxmii. But the Multiplex Association of India refused to release the film because it was dropping online.”

mid-day reached out to Disney+Hotstar, which did not respond till press time. Insiders suggest that the suits at the streaming giant are not pursuing legal action against the cinemas in question. Producers Kumar, Shabina Khan and Tusshar Kapoor remained unavailable for comment.

KreditBee launches a new age card for the new India