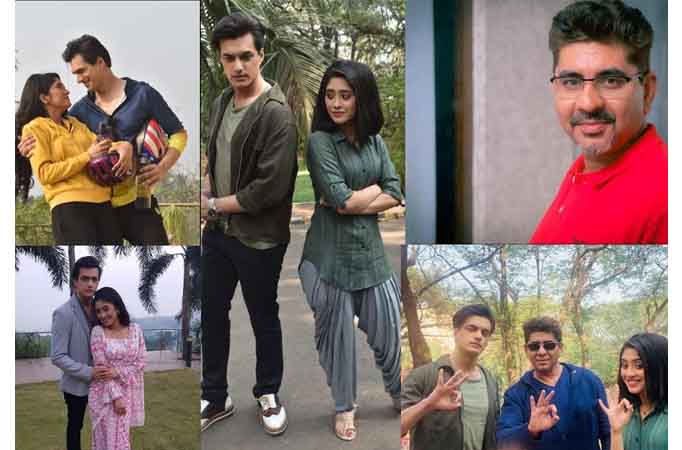 MUMBAI: Rajan Shahi’s “Yeh Rishta Kya Kehlata Hai” has been the audience’s favourite since it first went on-air in 2009. While it first started with Akshara and Naitik, Kartik and Naira took the story forward, and after Naira’s tragic end, her lookalike Sirat will be taking the story forward along with Kartik.

The show has India’s two most favourite actors Shivangi Joshi and Mohsin Khan playing the lead role. The storyline recently changed with Sirat and her family entering the show. With the new track being recently introduced, let’s have a look at five reasons why “Yeh Rishta Kya Kehlata Hai” is a must watch.

The story, dialogues and direction: Rajan Shahi and his brilliant team at Director’s Kut Productions has kept the audience hooked to the show for 12 years now. The emotional dialogues, the heart touching story and the perfect direction makes the show touch the audience’s hearts.

Sirat: Like mentioned earlier, Sirat is a very interesting character. She is training in boxing, wants to become like Mary Kom and loves her grandmother dearly. Shivangi herself revealed that she had a tough time getting trained in boxing for the sequence. Well, Sirat and Naira might look very different character-wise, but like Naira even Sirat is outspoken, and is on the face.

Kaira: Over the years Kartik and Naira, fondly called Kaira, have made a huge fan base for themselves. While Rajan Shahi calls them his favourite on-screen jodi, their fans keep them trending on social media time and again. Also, Kaira has emerged as an idol couple, not only because of their chemistry but also how they have always supported each other.

Fresh story, new cast: With Naira’s death a new track has been introduced in the show. The show now revolves around Sirat and her dysfunctional family and the Goenkas who are still getting over Naira’s death.

Longest running TV show: The show first aired on January 12, 2009. And since the past twelve years, it has managed to keep the audience hooked with its gripping storyline. It is one of the longest running shows in the Indian television history. And the credit for this goes to Rajan Shahi and his team at Director’s Kut Productions.

Back to Top
Close Add post
X
Demi Lovato To Star In Food Issues Comedy ‘Hungry’ From Suzanne Martin, Hazy Mills & SB Project…TVDemi Lovato is returning to scripted television in a food issues comedy that is in the works at NBC. Lovato, who got her break in the Disney Channel’s…